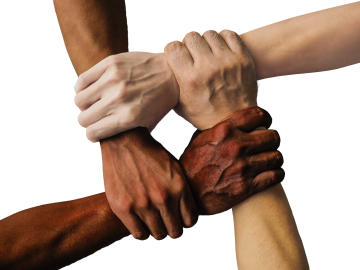 Promoting equality and combating racism are essential to fortify social cohesion and democratic security, the heads of three European human rights institutions said in a joint statement on today’s International Day for the Elimination of Racial Discrimination.

Jean-Paul Lehners, Chair of the Council of Europe’s European Commission against Racism and Intolerance (ECRI), Michael O’Flaherty, Director of the EU Agency for Fundamental Rights (FRA), and Ingibjörg Sólrún Gísladóttir, Director of the OSCE Office for Democratic Institutions and Human Rights (ODIHR), emphasized that equality bodies, which play an essential role in countering racism and discrimination, must be strengthened.

“Effective and independent equality bodies are major assets in the prevention and elimination of racism and intolerance,” said ECRI’s Chair Lehners. “We should strengthen their independence and effectiveness and make sure that they have sufficient resources to address discrimination and intolerance in all fields of life. To help European States to improve equality bodies’ impact, ECRI has just issued new standards on the establishment and functioning of equality bodies,” he added.

“Time and time again we find too many people in Europe don’t know their rights or who can help. Human rights law and equality bodies form the bedrock of strong rights protection but we need to boost awareness to tackle the persistent racism and ethnic discrimination that is all too common in many parts of Europe,” said FRA director O’Flaherty. “We must champion human rights to rekindle tolerance across society. Member States should empower equality bodies to defend victims of racism or issue binding decisions.”

“Equality bodies need to be strengthened, including by ensuring they have the mandate and resources required, as part of a comprehensive effort to address discrimination and intolerance," said ODIHR director Gísladóttir. "Equality bodies are essential to effectively respond to discrimination, hate speech and other forms of intolerance. Their efforts complement the role of criminal justice systems, which prevent, investigate and sentence those found guilty of violent forms of racism, such as hate crimes."

The three heads of institutions concluded on the need to raise awareness, train and educate each new generation of Europeans to stand against racism and intolerance.

Equinet, the European network of equality bodies, echoed today’s statement, welcoming the new ECRI standards and other initiatives to strengthen equality bodies and their contribution to the prevention of and fight against racism.