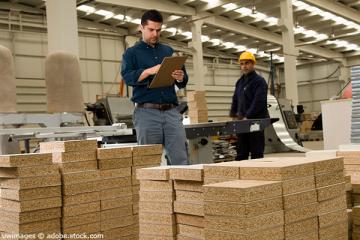 “Workers today should not have to pay the price to enjoy their right to work. Severe exploitation should be rooted out,” says FRA Director Michael O’Flaherty. “Labour inspections play a vital role in spotting abuse. For this, Member States need to strengthen inspections to catch exploitative employers and better protect workers.”

“We had two forms in which we officially only worked for 8 hours and in the one other one we worked for 14 hours,” said an interviewed Polish agricultural worker in Germany. “In case [an] inspection came, we were to show the (first) list.”

Over a half had not witnessed or heard of workplace inspections. They mentioned how many employers had advance warning of inspections enabling them to cover up malpractices. This in turn undermined workers’ trust in inspections.

To combat this, inspectorates should not inform employers when an inspection will happen in sectors where abuse is common. Member States should also punish employers that have tried to deceive inspectors.

Member States should pay special attention to the construction and food sectors where exploitation is likely. They should also find ways to inspect domestic work.

Workers were more likely to report on their employers when inspectors informed and involved the workforce. Inspectors should therefore create a safe environment for workers so they can freely give their views without fear of retribution. This may also involve finding ways to overcome language barriers when speaking with workers.

Inspectors should also ensure inspections focus on workers’ rights and working conditions rather than the immigration status of workers.

Member States should also raise awareness and enlist the help of other organisations, such as hospitals and trade unions, to report suspected cases of exploitation.

This report is the second in a series that captures the views and experiences of victims of labour exploitation.

It builds on earlier FRA work that spoke to professionals about severe labour exploitation.