National antisemitism data collection falls short of what is needed 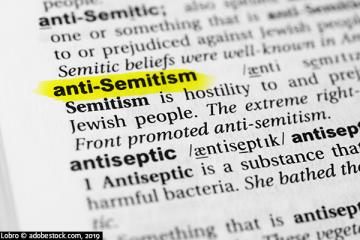 Despite this, the antisemitism overview identifies six EU Member States that lack official data on reported antisemitic incidents for 2018. They are: Finland, Hungary, Ireland, Malta, Portugal and Sweden.

As this overview indicates every year, limited data hinders the ability of policy- and lawmakers to formulate efficient targeted measures.

It calls for new methods, data sources and data processing techniques to better measure the incidence and impact of antisemitism.

Here FRA’s compendium of practices for combating hate crime could help. It has examples of how some Member States record hate crime.

It also draws attention to the problem of high-levels of under-reporting by victims. This can mask the true extent of antisemitism. It underlines the need for authorities to encourage victims to come forward and to be able to properly record antisemitic acts.

The updated report compiles available data on antisemitic incidents collected by international, governmental and non-governmental sources, from 1 January 2008 until 31 December 2018.

It also outlines, for the first time, how the 13 Member States, which have adopted or endorsed the International Holocaust Remembrance Alliance’s non-legally binding working definition of antisemitism, use or plan to use it.

The publication of the ‘Antisemitism: Overview of data available in the European Union 2008–2018’ report falls on the eve of the day that remembers the wave of violent anti-Jewish events of Kristallnacht on 9 November 1938.