Legal migration and integration
Security
Support for human rights systems and defenders
Civil society
The events that took place in France and Belgium in January 2015 had tremendous impact across the European Union (EU) and beyond. In the immediate aftermath of the events in Paris, FRA collected responses across Europe, focusing on Jewish and Muslim community organisations, political leaders, civil society and the media. The current paper provides an overview of this material and should be regarded as a snapshot of a rapidly changing situation.
Downloads
11 February 2015
Reactions to the Paris attacks in the EU: fundamental rights considerations - FRA Paper 01/2015 (205.12 KB)
Jezik
English
Related 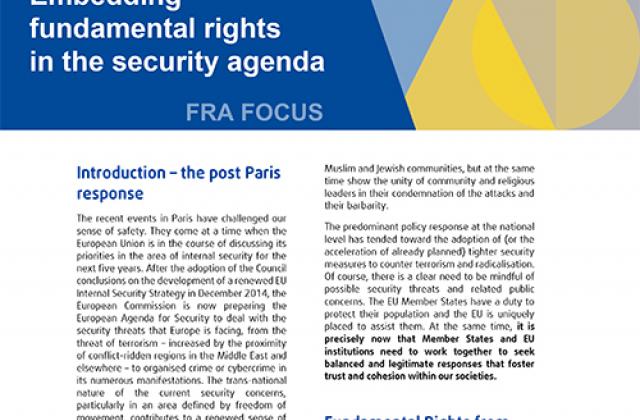