In 2016 the European Commission asked the FRA to join its High Level Group (HLG) to combat racism, xenophobia and other forms of intolerance. In 2018, it asked FRA to lead a Working Group on hate crime recording, data collection and reporting.

In 2016, the European Commission asked FRA to join its EU High Level Group to combat racism, xenophobia and other forms of intolerance. The group fosters the exchange and dissemination of practices between national authorities and discusses how to fill existing gaps and better prevent and combat hate crime and hate speech. In 2018, the High Level Group asked FRA to lead a Working Group on hate crime recording, data collection and reporting (2019-2021). The Working Group will build on other FRA-led activities, notably the Subgroup on methodologies on recording and collecting data on hate crime (2017-2018) and the Working Party on improving recording and reporting of hate crimes (2014-2016). FRA has been working with the Commission and Member States on hate crime since the Council invited FRA to facilitate exchange of practices to encourage reporting and recording of hate crime in December 2013.

To combat hate crime effectively, victims must be able to report their experiences to authorities and be protected and supported, police must register the incidents appropriately and perpetrators must be held to account. The Victims Directive (Directive 2012/29/EU) obliges Member States to identify victims of hate crimes from their first contact with the police so victims receive appropriate information to access their  rights taking into account their specific needs and personal circumstances. Numerous rulings by the European Court of Human Rights oblige countries to ‘unmask’ the bias motivation behind criminal offences. In addition, FRA’s research consistently demonstrates widespread underreporting and large discrepancies in how Member States record and collect data on hate crime. The result is that many hate crimes victims remain without support, with crimes remaining unprosecuted and invisible.

The High Level Group recognises that hate crime reporting, and the proper identification and recording is the first step in ensuring that offences are investigated and, where necessary, prosecuted and sanctioned. The Subgroup (2017-2018) sought to identify ways to improve the recording of hate crime by law enforcement officers. The Working Group’s (2019-2021) activities will continue to provide technical assistance to authorities in recording and collecting data. It will also explore ways to encourage reporting of hate crime and support Member States to improve interagency cooperation and cooperation with civil society organisations.

The members of the Working group are:

Other international organisations, relevant EU bodies and agencies, national human rights bodies or civil society organisations will be invited to contribute on a case-by-case basis. 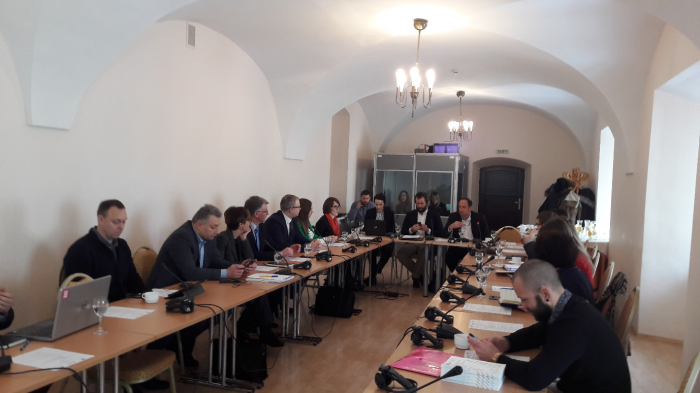 The EU's Agency for Fundamental Rights (FRA) and the OSCE Office for Democratic Institutions and Human Rights (ODIHR) work together to help states improve their ability to record and collect hate crime data through national workshops.

The FRA Working Party on Hate Crime was set up in 2014 to assist EU Member States in designing and implementing measures to encourage reporting and ensure proper recording of hate crimes.