This section contains quotes from FRA research and a video taken during the Fundamental Rights Conference 2013 describing the experiences and perceptions of violence, harassment and hate speech. 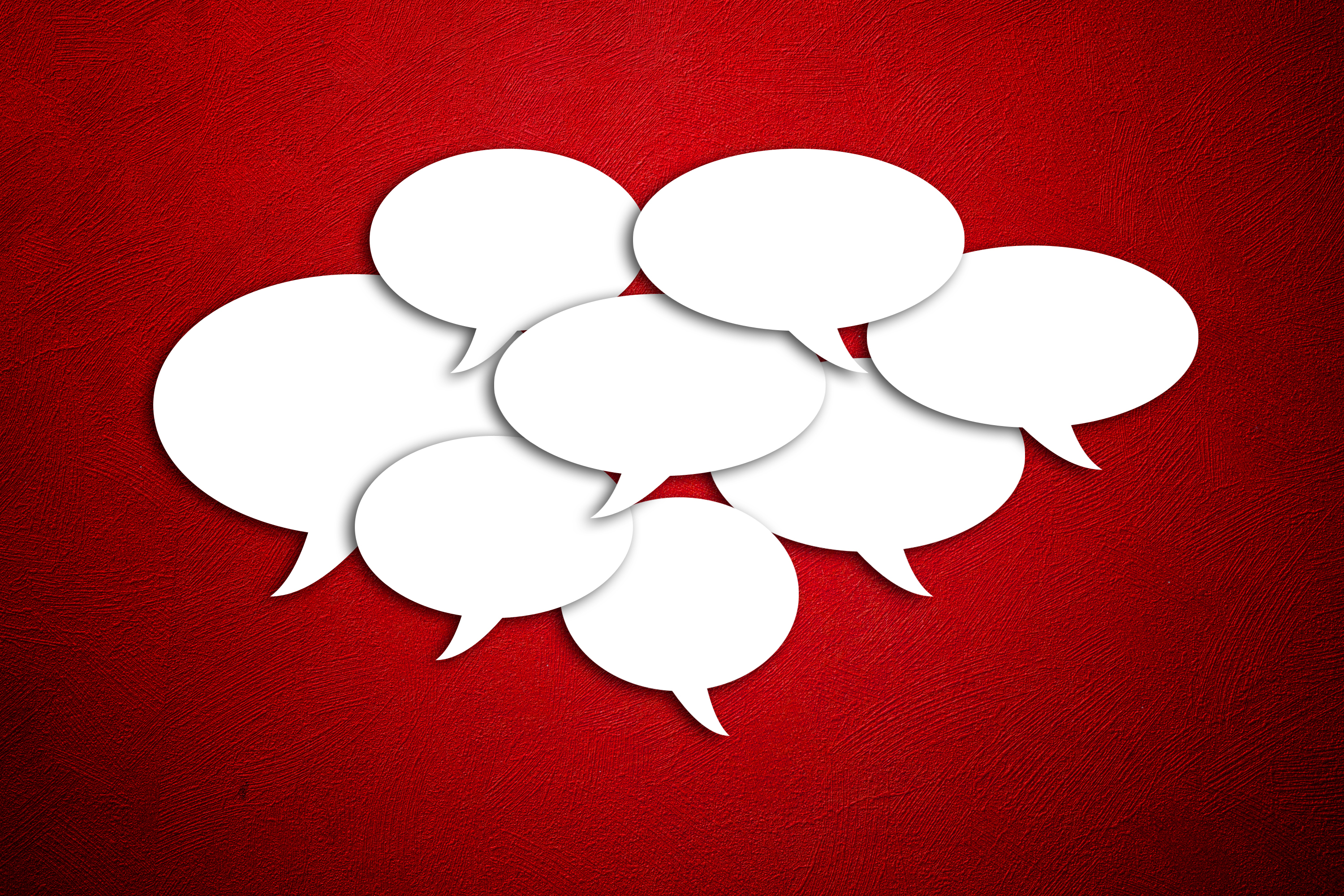 “I find it almost unbearable that religious services can only take place with police protection. ”
(Germany, Female, 25-29 years old) 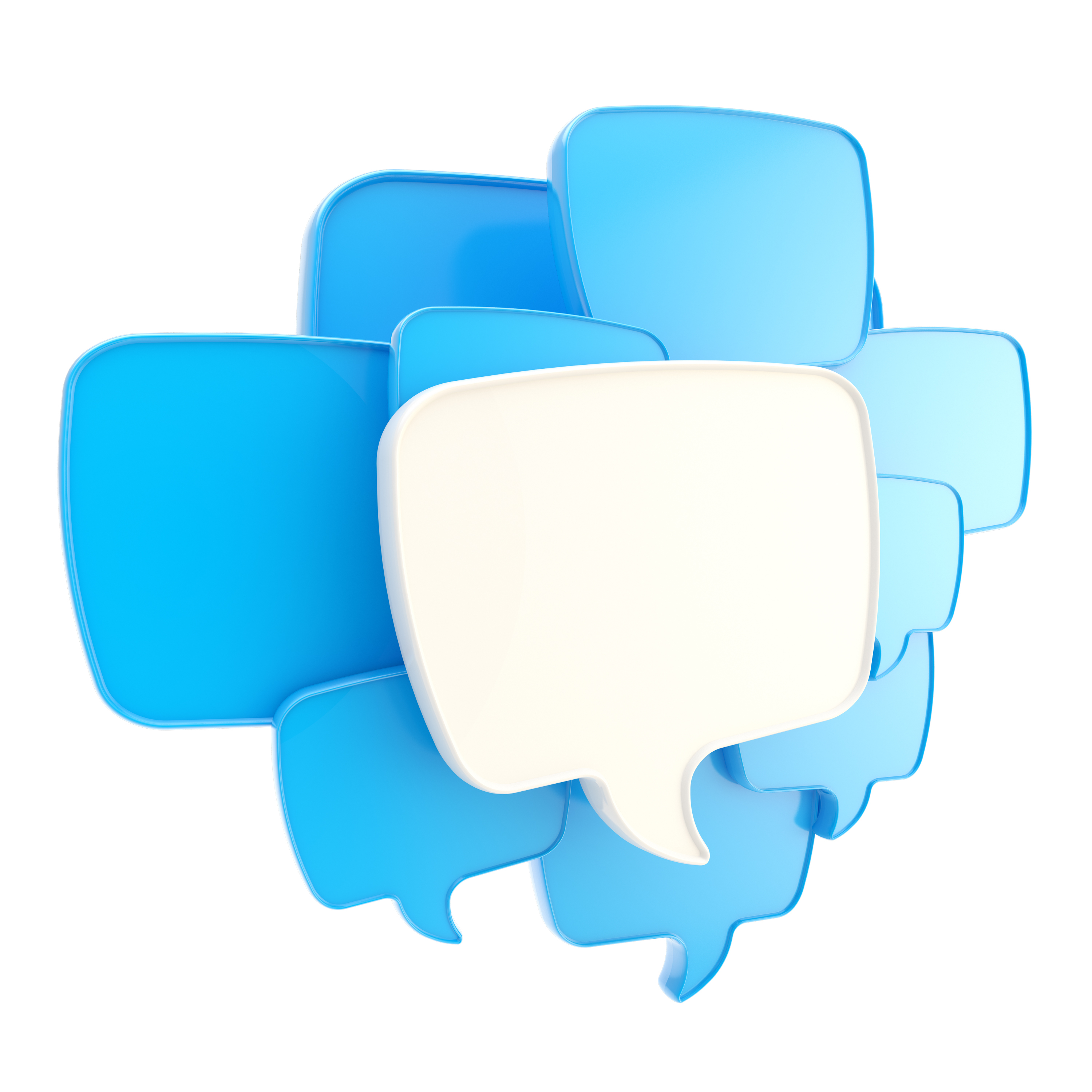 "Because I'm a lesbian and he was drunk, [my best friend’s husband] wanted to show me what a “real man” is. He threw me to the ground, tried to rape me, he beat me, but I managed to run away. My best friend did not believe me. But she left her husband. I have now no contact with her. I did not complain it’s no use; I've already lived three attempted rapes."
(France, Lesbian, 24) 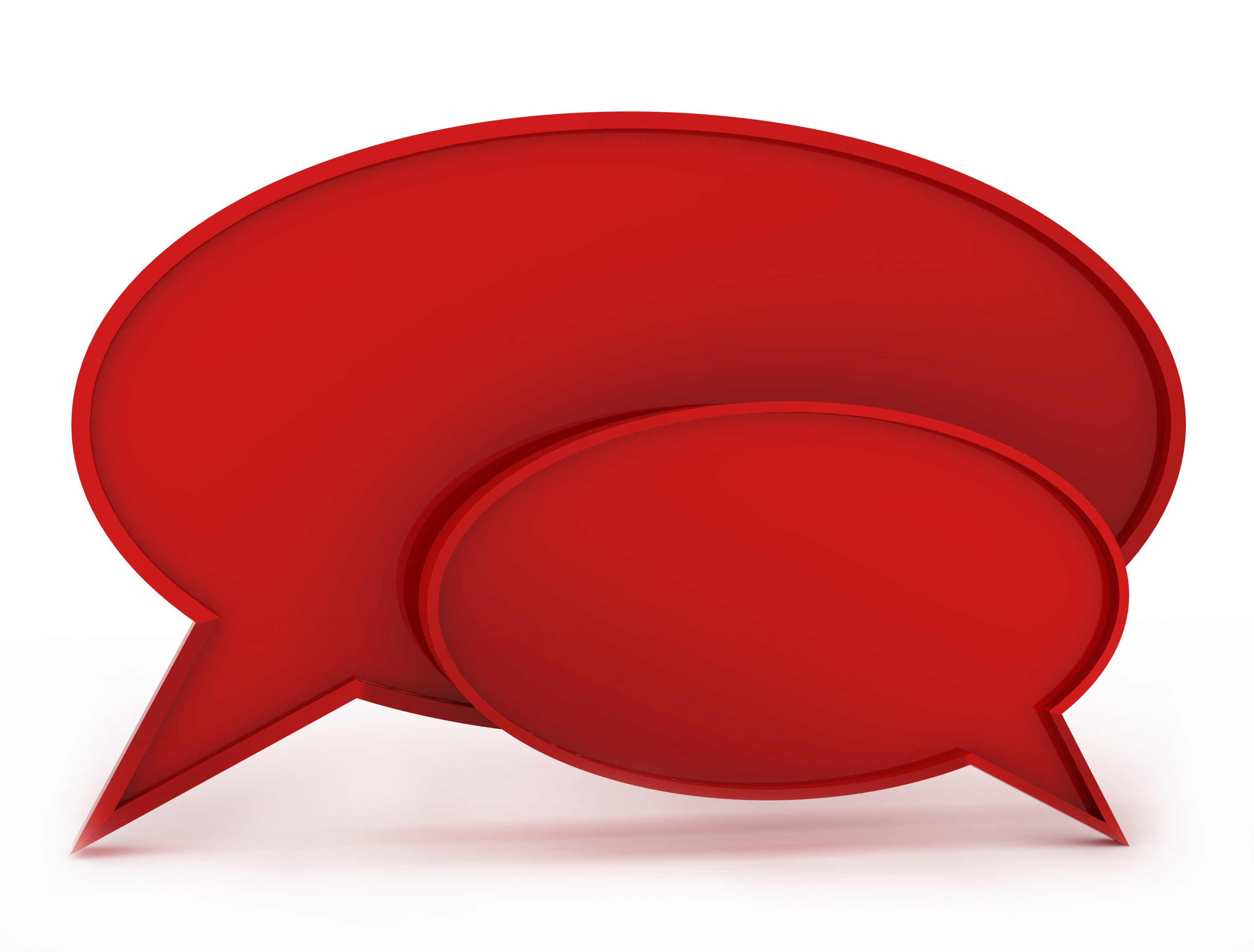 “[The policeman said] ‘Did you not do it?’ ‘Did you not break your own window? Or chuck paint and eggs at your window?’ You must be joking!! And that’s how they treat you, because you have a learning difficulty. They have no respect for us. And sometimes some police say, ‘you shouldn’t be out here, you should still be locked up.’”
(United Kingdom, Male, 63) “I did not feel Bulgarian in Bulgaria – [we were] always being kept at a distance. Nobody would ever approach me or let me take a seat in a bus, no matter being a child, a pregnant woman or a mother with two kids”
(Bulgarian Female, Spain)

Quotes from respondents to online survey of Jewish people’s experiences and perceptions of hate crime, discrimination and antisemitism in the EU:

“I left my job at the university where I was teaching because of explicit antisemitism at work, both from colleagues and from students. I am still traumatised by this and incapable of looking for another job.”
(United Kingdom, Male, 55-59 years old)

“We are asked to disperse quickly at the exit of the synagogues, community centres ... where a special security service is required, which is, to my knowledge, not necessary at the exit of the churches or chaplaincies ... nor for temples and mosques.”
(France, Female, 45-49 years old)

“Yesterday a swastika was drawn on my post-box because of my name, and I did not have the slightest idea what to do.”
(Hungary, Female, 25-29 years old)

“There are not only antisemitic insults or assaults. There are also sideways looks or apparently less aggressive reprimands. This is the experience of both my son at primary school and my son at high school, also from the teachers.”
(Italy, Male, 50-54 years old)

“I have a feeling that there are very diverse ideas about antisemitism in Sweden and that these ideas differ depending on how 'openly' Jewish life one leads. Those who wear a kippa on the town for sure get to hear shouts every now and then, while I who do not wear a religious symbol and don't look like a foreigner have never experienced anything serious.”
(Sweden, Female, 30-34 years old)

“I feel that since going on Facebook, I have experienced more antisemitic comments in a few years than I ever have done throughout my whole life. This is very dispiriting - the speed at which hostile comments and misinformation can be passed around is frightening and leads to a sense of deep unease, which may not connect with the day to day reality of being Jewish in a diverse society.”
(United Kingdom, Female, 50-54 years old)

“The antisemitic insults I have experienced were neither from neo-Nazis nor from leftists, but from ordinary people of the political centre.”
(Germany, Male, 30-34 years old)

“Today there is a real danger regarding antisemitism in France. <...> Discussion forums on the internet and comments on YouTube are full of antisemitic and anti-Zionist messages. This represents a certain danger and abuses on the internet after the Mérah case are truly disturbing.”
(France, Male, 45-49 years old)

“Antisemitism is very widespread in Italy, especially in public places and in the daily small talks among people.”
(Italy, Male, 25-29 years old)

Quotes from respondents to online survey about discrimination against lesbian, gay, bisexual and trans (LGBT) people in the EU:

“I have experienced humiliation, beatings, and insults from people I know and people I do not know, but I wanted people in my surrounding to learn that I am a human like any other, and that my sexual orientation does not make me different from them! I am a human.”
(Bulgaria, Transgender, 29)

“I have nearly always been attacked because I am perceived as being a gay man, and because I was seen as transgender only on one occasion. I 'pass' quite easily, but am seen as being a gay man in most people's eyes. I have often witnessed transphobic violence and attacks, but not so much against me. However, homophobic attacks have been perpetrated against me and others on a regular basis.”
(United Kingdom, Transgender, 36)

“When I was sexually assaulted I managed to call the police for help while still being kept away by the man. The police on the phone laughed at me and started making jokes. [The police] hung up. [I]t was clearly a discrimination against gay and male rape cases in general. [The police] are extremely discriminating against LGBT people in general.”
(France, Gay, 25)

“I went to high school in a small town in the country and was harassed a lot for being gay before I even knew it myself.”
(Denmark, Gay, 39)

“To be a transgender in Lithuania is the hardest thing imaginable. I live with constant fear, in the end you don't even want to live at all.”
(Lithuania, Transgender, 25)

“I want to kiss my boyfriend outside the four walls of an apartment. I want to be able to hold his hand.”
(Bulgaria, Gay, 19)

“Maybe we are not assaulted or beaten but the fact that we are forced to hide and keep quiet is enough discrimination.”
(Cyprus, Lesbian, 38)

“My partner and I were once reprimanded for kissing in public. We were in a park when a security officer came over to say the rules were everyone had to sit up straight on park benches (I guess we had been cuddling). That might have been okay if not for the man on a bench right across from us lying on his wife's/girlfriend's lap, who did not receive a similar warning.”
(Slovakia, Gay, 32)

“The most alarming discrimination experienced is in health. […] It is alarming that medical staff have absolutely no awareness about LGBT needs, not even gynecologists. My example is nothing unusual I think; only that people are too embarrassed to reveal their experience. Homophobic comments by doctors during minor procedures, jokes, comments. Most of my lesbian friends who are in their 30s and 40s do not go to preventive mammogram screenings at all, no matter of all the campaigns in the media, not to have to reveal their orientation.”
(Czech Republic, Lesbian, 30)

“The topic of bisexuality/transgender/homosexuality does not come up often [in my family], but every time it does come up it is invariably treated as something dirty and depraved. When my father sees homosexuals publicly displaying affection, he makes jokes about them.”
(Germany, Transgender (cross dresser), 33)

After an assault by an orderly in hospital: "I was simply scared. Because other patients there said that if you complained, you would be treated badly. Yes, by the same orderly. So I just kept my mouth shut."
(Latvia, Male, age unknown)

"As if it was not enough that we have psychological problems. One of the care workers, a guy in his twenties, ordered a female patient to sit upright, get out of bed and so on. The woman was like a rag doll, she had no power in her arms and legs: she could not sit down or stand on her feet or keep her balance as her legs kept collapsing. The care worker left her on the floor after she collapsed, even kicked her and walked away in the end. I was the one who put her back in her wheelchair."
(Hungary, Female, 27)

"They probably injected me in the hand but I don’t remember now and I fell immediately asleep; my eyes closed. Right after they did electric shocks without me knowing about it. I found out later. They ruined my life."
(Greece, gender and age unknown)

"I often get insulted. I mean, somebody in the street may come up to me and start laughing at me for no reason. And they may also say four letter words to me. I don’t want to repeat them."
(Romania, Female, 23)

"The other morning when I was going for a walk a man called me a spaz. Then he ran off. That’s not very nice, is it?"
(United Kingdom, Male, 72)

In school: "I heard them speaking about me as a crazy person but I was proud somehow and shy at the same time and did not say anything to my parents."
(Bulgaria, Male, 43)

In school: "You were told all the time that you were worthless, you’re bad, stupid and all that. So I never had any friends at all."
(Sweden, Male, 45)

Quotes from interviews with EU citizens of Roma origin as part of research for project on the situation of Roma EU citizens moving to and settling in other EU Member States and selected positive initiatives:

“The amount of racism and discrimination our family was facing was unbearable. The real reason why we left were our two sons, who were laughed at, because of having a ‘Gypsy’ mother.It’s good that we were able to exercise our rights because we are EU citizens and we can move freely in the EU and live in whichever country we choose. We chose the United Kingdom because my brother-in-law lives here. Also, I’d heard that there is no discrimination against Roma. Here, it is very different. Local authority officials treat us with so much respect. We’ve never experienced it before.”
(United Kingdom, Male)

“Ethnic Hungarians treat the Roma much worse than other minorities. There is no social work being done for Roma. Still, I feel Hungarian, I’m a Hungarian Roma. We came to the United Kingdom to have a better life; I want my children to obtain a good education. We heard that the United Kingdom is the best of all west European countries. There are better opportunities and social circumstances for Roma to find work and make a dignified living, unlike in Hungary where everyone spits on us.”
(United Kingdom, Hugarian Roma female)

“Being a Roma in Bulgaria always means being rejected […] Here I am still wondering why I am nicely treated, not denied […]. Although we are jobless, I feel good here […] Here my children are hugged and kissed by the Spanish on the streets. You are not isolated.”
(Spain, Bulgarian Roma female)

“In Bulgaria when one says the word tsigani [Gypsy in Bulgarian] he means dirty, trash or outcast. In the town of Perushtiza, my birth place, we Roma are not allowed to enter public places and coffee shops. […]. Here there is no difference if you are Bulgarian, Turkish or Roma. You are not called different names on the basis of your nationality. […] In Bulgaria we also had Vietnamese. Whenever they had quarrels among each other they were called "dirty Gypsies".”
(Spain, Bulgarian Roma female)

“One evening, just out of the mosque, I was stopped by police. The police did a search in the car. [...] I was detained for an hour and a half, then two more patrols came. There were twelve policemen in that place. After this began the worst of insults by young policemen, like this: "These Gypsies! I would like to put them against the wall and shoot them".
(Italy)