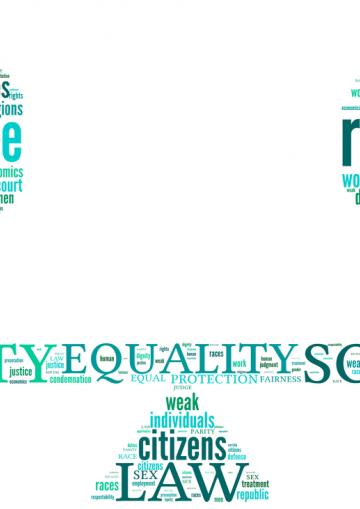 Equality, non-discrimination and racism
Children, youth and older people
People with disabilities
Racial and ethnic origin
Religion and belief
Roma
Sex, sexual orientation and gender
Justice, victims’ rights and judicial cooperation
Civil justice
National human rights systems and bodies
Drawing on evidence gathered in its surveys and reports, FRA submits a set of opinions aimed at improving the protection against discrimination. These could be taken into account in the implementation and the eventual reform of the EU legal framework on the protection against discrimination.
Downloads
26 September 2013
FRA Opinion on the situation of equality in the European Union 10 years on from initial implementation of the equality directives (1.29 MB)
Jazyk
English
Jazyk
French
Jazyk
German