A child’s right to be heard is understood as the child’s legal entitlement to present his or her opinion directly to a judge, if he or she so wishes. Some Member States set minimum age requirements for this right in the framework of judicial proceedings related to international protection (asylum and subsidiary protection). 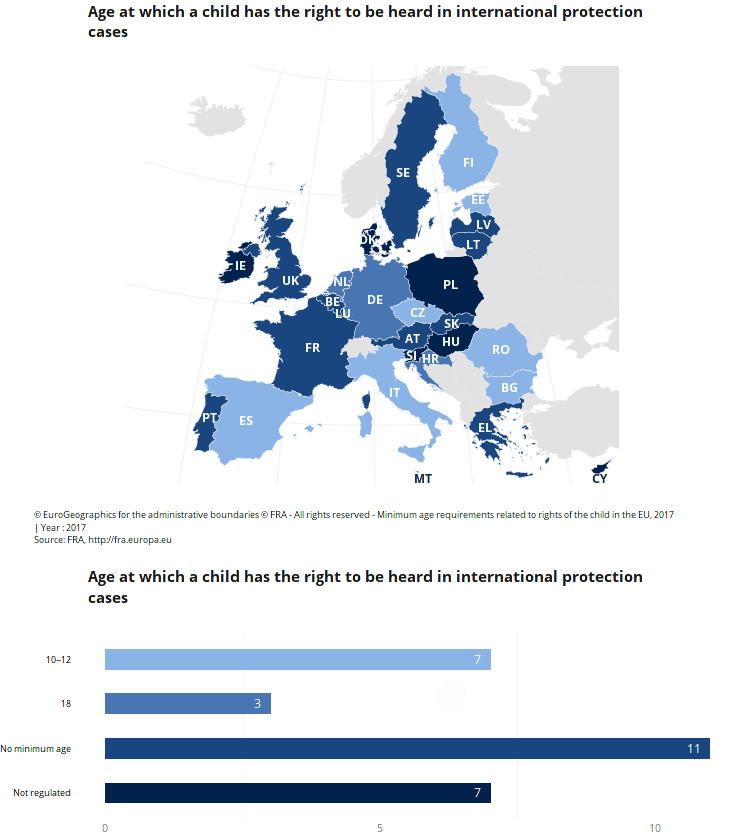