A child’s right to be heard is understood as the child’s legal entitlement to present his or her opinion directly to a judge, if he or she so wishes. Some Member States set minimum age requirements for this right in the framework of judicial proceedings related to immigration issues. These are administrative procedures regulating third-country nationals’ entry into and residence in a Member State for reasons other than international protection (asylum and subsidiary protection).

Age requirements differ remarkably among Member States, but also within Member States across different areas of regulation (for instance, family, criminal and asylum law). However, in some countries, minimum age requirements for the right to be heard do not preclude courts from asking for children’s opinions, regardless of their age. 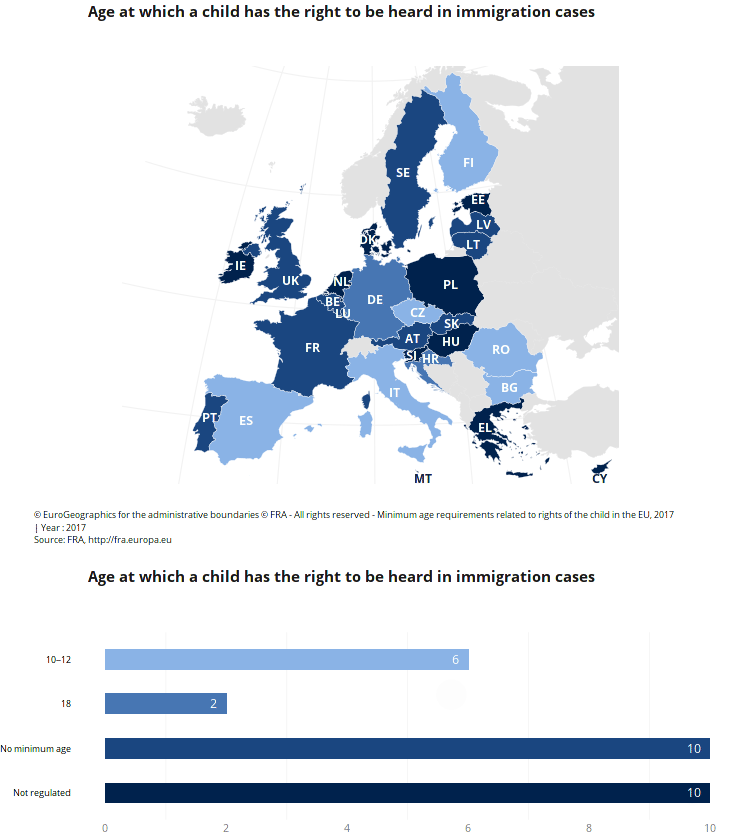