A child’s right to be heard is understood as the child’s legal entitlement to present his or her opinion directly to a judge, if he or she so wishes. Some Member States set minimum age requirements for this right in the framework of judicial proceedings regarding placements (assigning children to live in suitable places).

Age requirements differ remarkably among EU Member States, but also within Member States across different areas of regulation (for instance, family, criminal and asylum law). However, in some countries, a minimum age requirement for the right to be heard does not preclude courts from asking for children’s opinions, regardless of their age.

FRA analysed age requirements applied in seven areas. The data on adoption, placement, employment, asylum and immigration are shown in this web-publication. 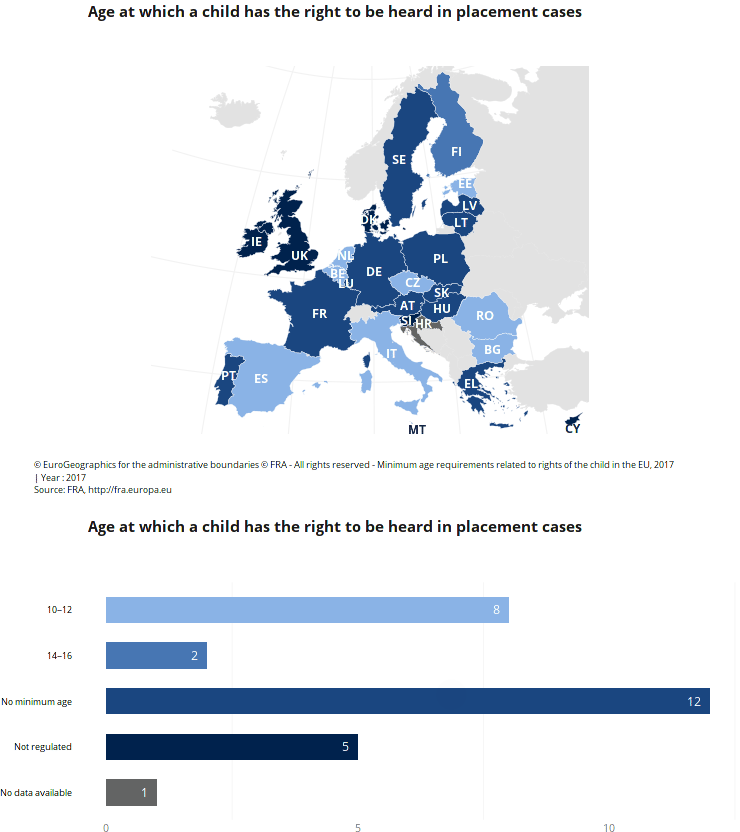