Special procedural safeguards for children involved in criminal proceedings as witnesses – such as audio-visual recording or interviews conducted by specialised personnel – aim to ensure a child-friendly environment for children so they can report and contribute to the judicial proceedings in an effective and secure manner.

To decide which measures to apply, the children’s specific needs according to their age and maturity are taken into consideration. 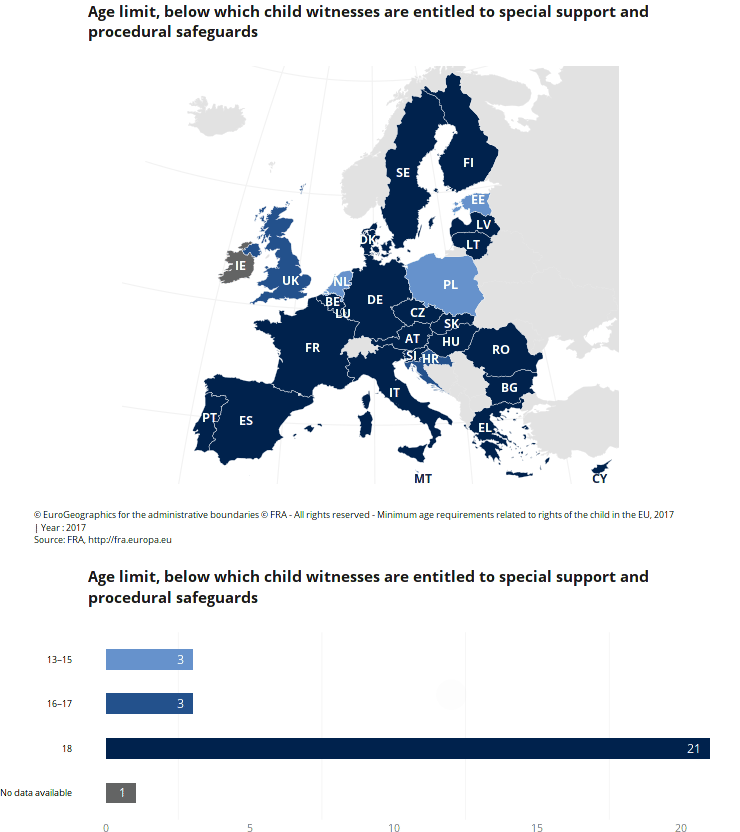