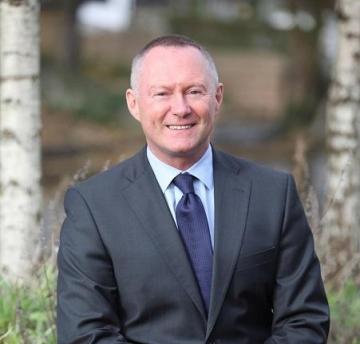 Michael O'Flaherty has been chosen as the new Director of the EU Agency for Fundamental Rights (FRA).

"It is with great pleasure that FRA’s Management Board announces the appointment of Michael O'Flaherty as the next FRA Director," said FRA Management Board Chairperson Frauke Lisa Seidensticker. "His profound human rights expertise and wealth of experience on the national, European and international stage will strengthen FRA’s role as a major player in shaping the fundamental rights landscape across the EU."

FRA’s Management Board members interviewed the candidates during their meeting on 24-25 September. The final decision was then put to a vote.

"It’s a great honour for me to take up this important position," said incoming Director Michael O'Flaherty. "I very much look forward to working together with the staff and the Management Board to advance the protection and promotion of fundamental rights throughout the EU, particularly in these critical times."

Michael O'Flaherty is currently a Professor of Human Rights Law at National University of Ireland Galway in Ireland, as well as Director of the Irish Centre for Human Rights. He has also been a member of the United Nations’ Human Rights Committee, and has been active in the field of human rights for over 20 years, nationally and internationally. He has been a senior expert for Ireland as part of FRA’s multidisciplinary research network, FRANET, since 2014.