The project aimed at identifying obstacles in accessing judicial and non-judicial bodies, such as equality bodies. It also aimed to map promising practices that facilitate access to justice for people who feel that their rights have been violated, such as victims of discrimination.

This report provides an EU-wide comparative analysis of the effectiveness of access to justice, across the EU Member States. Launched on 23 March at the conference "Protecting victims in the EU: the road ahead" hosted in Budapest by the Hungarian Presidency of the Council of the EU with the support of the FRA, the report emphasises obstacles making it difficult for victims to enforce their rights.

The project aimed at identifying obstacles in accessing judicial and non-judicial bodies, such as equality bodies. It also aimed to map promising practices that facilitate access to justice for people who feel that their rights have been violated, such as victims of discrimination. It resulted in a comprehensive overview of the situation across the EU, and provide Member States, European institutions, judicial practitioners and civil society actors with new evidence on how to improve and facilitate access to justice.

The legal analysis, launched in March 2011, provides an understanding of the degree to which access to justice is available, or not available, for individuals seeking to claim rights derived from EU law through national courts, complemented by non-judicial mechanisms. It highlights problems that result in victims being deterred or unable to enforce their rights by taking cases to court.

The sociological analysis, launched in December 2012, examines the process of seeking redress in cases of discrimination and provides a detailed analysis of how institutions that deal with cases of discrimination support victims. It examines the factors obstructing effective remedies, such as the complexity of the complaints system, which can discourage people from bringing cases and reinforce feelings of helplessness. It also identifies the factors that best enable effective remedies. Qualitative interviews provide evidence about the challenges on the ground relating to access to justice. Interviews are being held with people who have brought a complaint, with lawyers, representatives of NGOs providing advice and support to complainants, and with representatives of equality bodies. 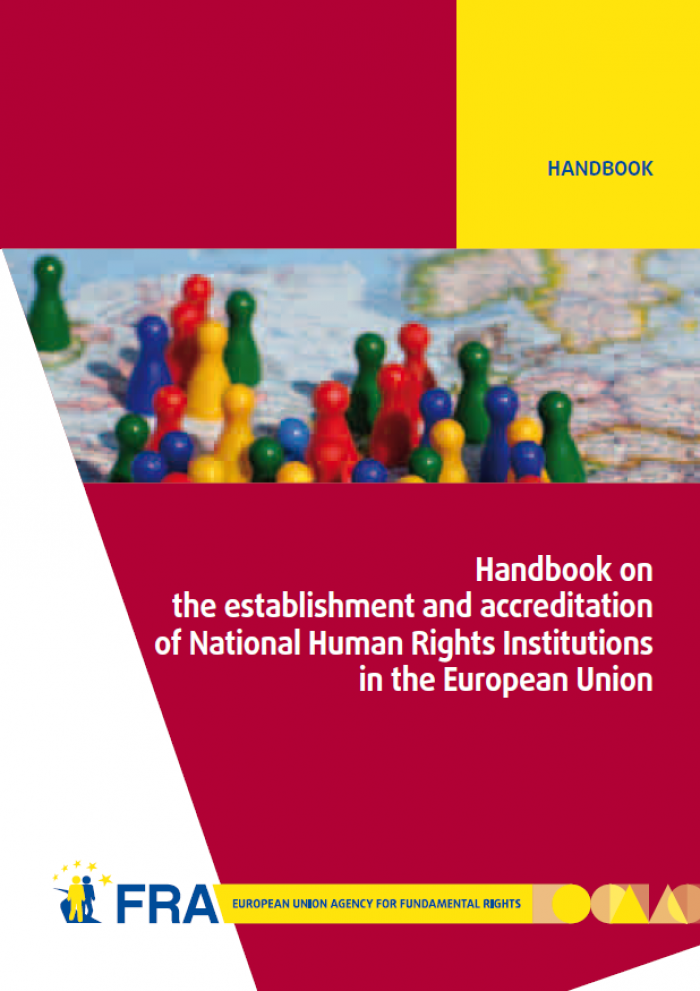 National Human Rights Institutions (NHRIs) protect and promote human rights at the national level, tackling systemic problems and raising fundamental rights awareness. To equip NHRIs to perform their role well, they should have, among other qualities, independence, powers and a broad mandate, in accordance with the so-called ‘Paris Principles’ which were adopted by the United Nations General Assembly in 1993 and set forth the primary minimum standards for an effective NHRI.

On 14 February 2011, as requested by the European Parliament, the European Union Agency for Fundamental Rights (FRA) issued an opinion on the draft directive regarding the European Investigation Order (EIO) in criminal matters. The draft directive, aimed at mutual recognition of warrants for both existing and new evidence, is intended to replace an existing ‘fragmented regime' with a more comprehensive legislative instrument.