The Agency will update and expand the scope of its 2010 guide on Discriminatory Ethnic Profiling. The new Guide will provide a general update of the analysis, taking into account legal and technological developments, and expanding the scope to include border management.

The Agency will update and expand the scope of its 2010 guide on Discriminatory Ethnic Profiling, which drew on findings from the Agency’s first EU minorities and discrimination (EU-MIDIS) survey. The 2010 guide included data on ethnic minority, immigrant and Roma groups’ experiences of police stops. The new Guide will provide a general update of the analysis, taking into account legal and technological developments, and expanding the scope to include border management.

The 2010 guide proved to be a very relevant tool for law enforcement officers. It offered unique data alongside a clear explanation of what profiling means, when it can be legitimately used, and when its use becomes discriminatory. Given the nature of fast-moving technological developments as well as the revised EU data protection rules that will apply from May 2018, there is a clear need to provide updated guidance for law enforcement officers and border guards in the EU Member States on the lawful use of profiling techniques.

The Agency will build on its earlier guide providing evidence, based on case studies, of situations where profiling might be useful and where it might be unlawful and/or counterproductive. In drafting the guide, FRA will collaborate with relevant EU agencies such as Europol, the EU police college, CEPOL, the European Border and Coast Guard Agency, and Frontex as key users of the guide. The new guide will draw on findings from the FRA’s second EU-MIDIS survey (on selected ethnic minority and immigrant groups), and will take into account new technological developments and their increased use by law enforcement authorities and for border management. 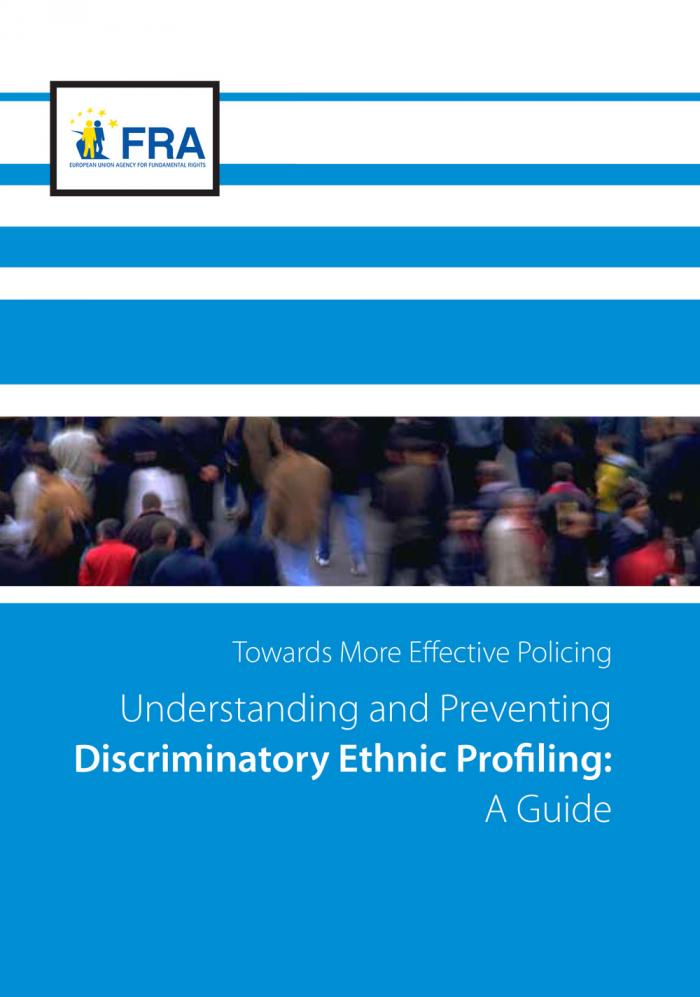 When a decision to stop an individual is motivated solely or mainly by virtue of a person's race, ethnicity or religion, this constitutes discriminatory ethnic profiling. Such practices can serve to alienate certain communities in the EU, and in turn can contribute to inefficient policing. The FRA guide aims to help the police address and avoid discriminatory ethnic profiling, and is designed to be used as a tool for more effective policing.