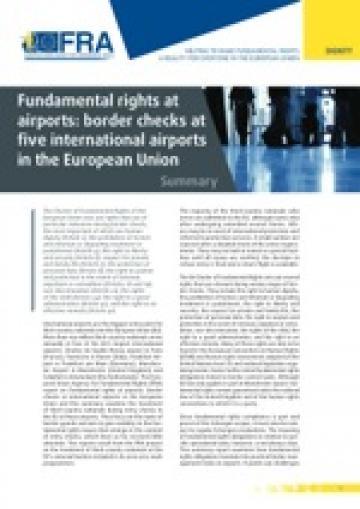 This summary, and the related full report, look at how fundamental rights obligations translate into practical border management tasks. The report points out challenges as well as promising practices of integrating fundamental rights compliance into operational tasks that do not compromise but instead enhance the effectiveness of border checks.

Each year some 300 million third-country nationals arrive at European Union (EU) airports, where border guards conduct EU entry checks. The EU Charter of Fundamental Rights sets out several rights that are particularly relevant during such checks, including the rights to human dignity, non-discrimination, the prohibition of trafficking in human beings, the right to asylum, the rights of the child, effective remedy and the protection of personal data.

The research was conducted at five of the EU’s busiest airports: Charles de Gaulle-Roissy in Paris, Fiumicino in Rome, Frankfurt Airport in Germany, Manchester Airport in the United Kingdom and Schiphol in Amsterdam. 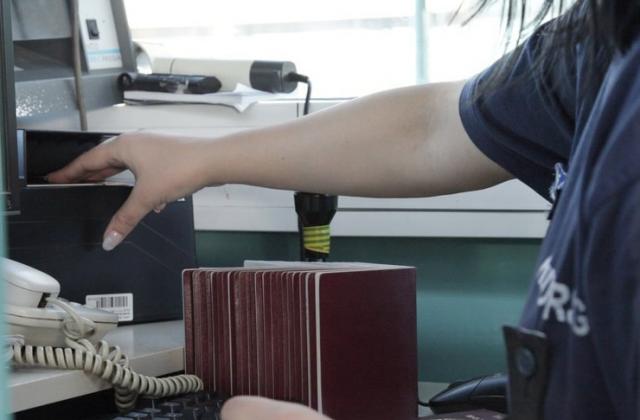 The report examines the procedures for and conduct of checks that border guards carry out on third-country national passengers entering European Union (EU) territory at five international airports.