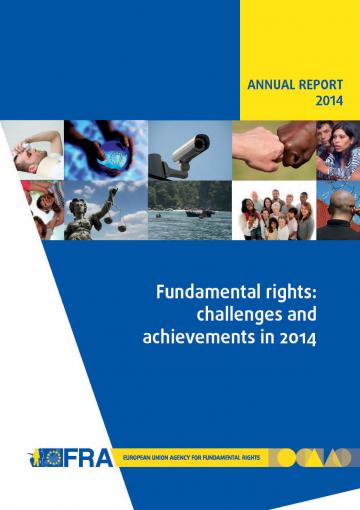 June
2015
European Union (EU) Member States and institutions introduced a number of legal and policy measures in 2014 to safeguard fundamental rights in the EU. Notwithstanding these efforts, a great deal remains to be done, and it can be seen that the situation in some areas is alarming: the number of migrants rescued or apprehended at sea as they were trying to reach Europe’s borders quadrupled over 2013; more than a quarter of children in the EU are at risk of poverty or social exclusion; and an increasing number of political parties use xenophobic and anti-immigrant rhetoric in their campaigns, potentially increasing some people’s vulnerability to becoming victims of crime or hate crime.
Downloads:

In 2014, the EU reassessed its strategy and priorities for the coming years. The new European Commission announced its 10 priorities, among which a new approach to legal migration into the EU was recognised as one of the key aspects of the Commission’s agenda on migration. Together with immigration, integration policies were identified as a crucial factor for creating inclusive societies. A new regulation on structural and investment funds that came into force in 2014 is a promising tool to help the EU move towards greater social inclusion and reduce discrimination and unequal treatment. The end of the transition period for the Framework Decision on Combating Racism and Xenophobia will allow the European Commission to launch infringement procedures against EU Member States that do not comply with the provisions of the framework decision. At the same time, in annulling the Data Retention Directive, the Court of Justice of the EU recognised privacy to be a vital right. The year closed with a celebration of the fifth anniversary of the Charter of Fundamental Rights, which is the cornerstone of rights protection for everyone in the EU.

FRA’s annual report this year examines fundamental rights-related developments in equality and non-discrimination; racism, xenophobia and related intolerance; Roma integration; asylum, borders, immigration and integration; information society, privacy and data protection; the rights of the child; access to justice including rights of crime victims; and the EU Charter of Fundamental Rights and its use by Member States. 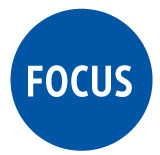 08/04/2016
Opinion
See also:
Council conclusions on the application of the Charter of Fundamental Rights in 2014 - Adoption (pdf)