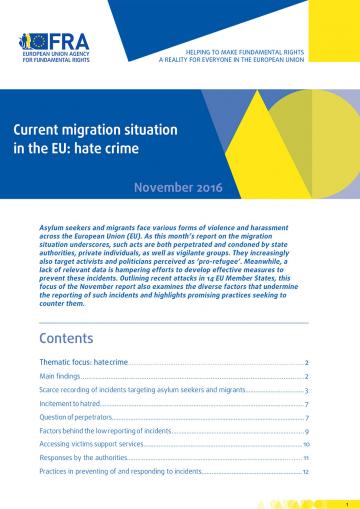 Asylum seekers and migrants face various forms of violence and harassment across the European Union (EU). As this month’s report on the migration situation underscores, such acts are both perpetrated and condoned by state authorities, private individuals, as well as vigilante groups. They increasingly also target activists and politicians perceived as ‘pro-refugee’.

Meanwhile, a lack of relevant data is hampering efforts to develop effective measures to prevent these incidents. Outlining recent attacks in 14 Member States, this focus of the November report also examines the diverse factors that undermine the reporting of such incidents and highlights promising practices seeking to counter them.

FRA data – as of November 2016 – indicate that violence, harassment, threats and xenophobic speech targeting asylum seekers and migrants remain pervasive and grave across the European Union, whether committed by state authorities, private companies or individuals, or vigilante groups. 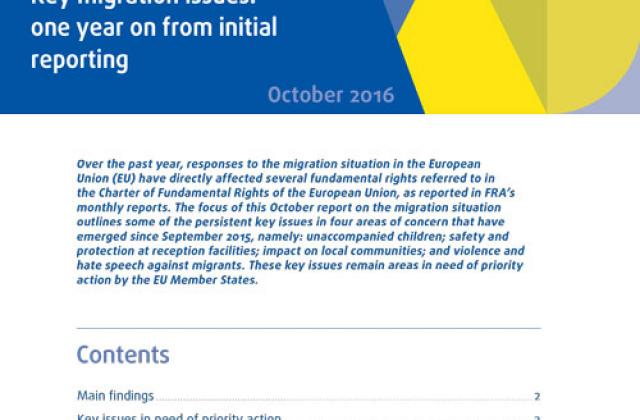 Key migration issues: one year on from initial reporting

In view of the increasing numbers of refugees, asylum seekers and migrants entering the EU, the European Commission asked FRA to collect data about the fundamental rights situation of people arriving in those Member States that have been particularly affected by large migration movements. This month's focus section reviews persistent key issues since initial reporting began one year ago.