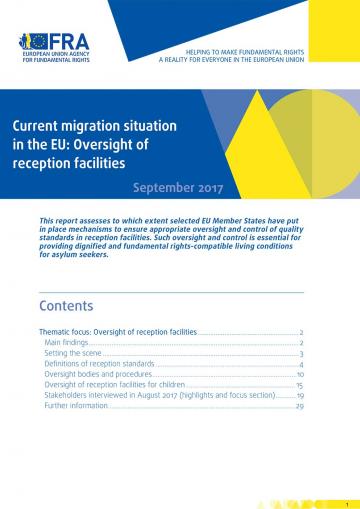 This report assesses to which extent selected EU Member States have put in place mechanisms to ensure appropriate oversight and control of quality standards in reception facilities. Such oversight and control is essential for providing dignified and fundamental rights-compatible living conditions for asylum seekers.