The right to vote and to stand as a candidate in elections is a fundamental political right enshrined in the constitutional order of all EU Member States, and is the key component of any democratic political system based on the principle of popular sovereignty.

In that context, democracy is acknowledged in EU primary law as one of the founding values of the EU (TEU, Article 2). EU primary law expressly provides that the right to vote and stand as a candidate in elections to the European Parliament and in municipal elections is one of the core rights associated with European citizenship (TFEU, Article 20.2(b)). Electoral rights for the European Parliament and for local elections are also enshrined in the EU Charter of Fundamental Rights (Articles 39 and 40).

Voting is a basic aspect of political participation and democracy. By voting, people choose their representatives for governing bodies and decide on issues related to the exercise of power within their various political communities. Children are traditionally excluded from the right to vote, based on the argument that they are not mature enough to make reasoned and autonomous decisions that affect the life of the community. However, this approach has been questioned in recent years, and some Member States recognise the right to vote for persons below the age of 18. 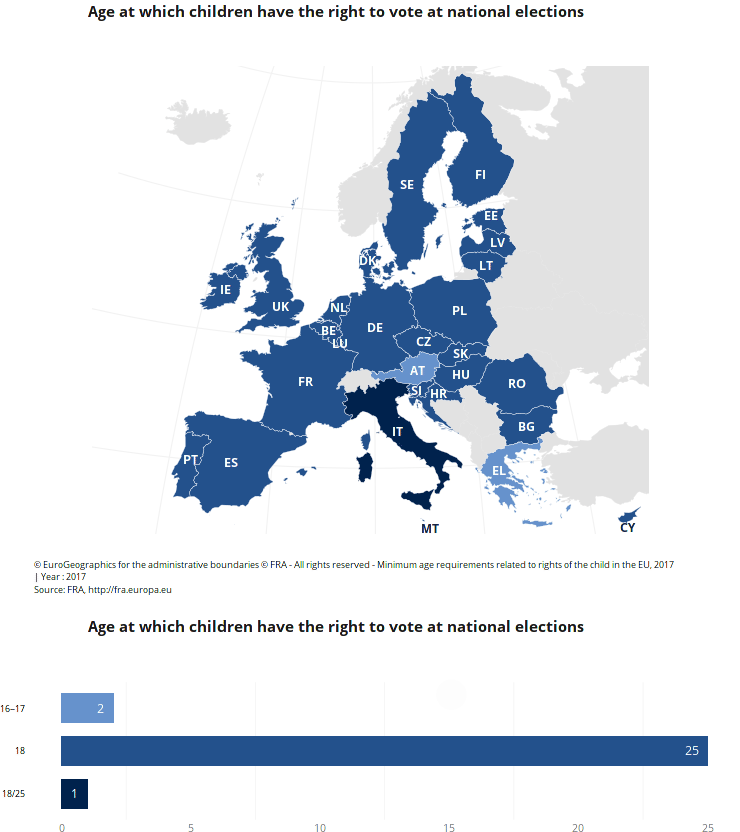 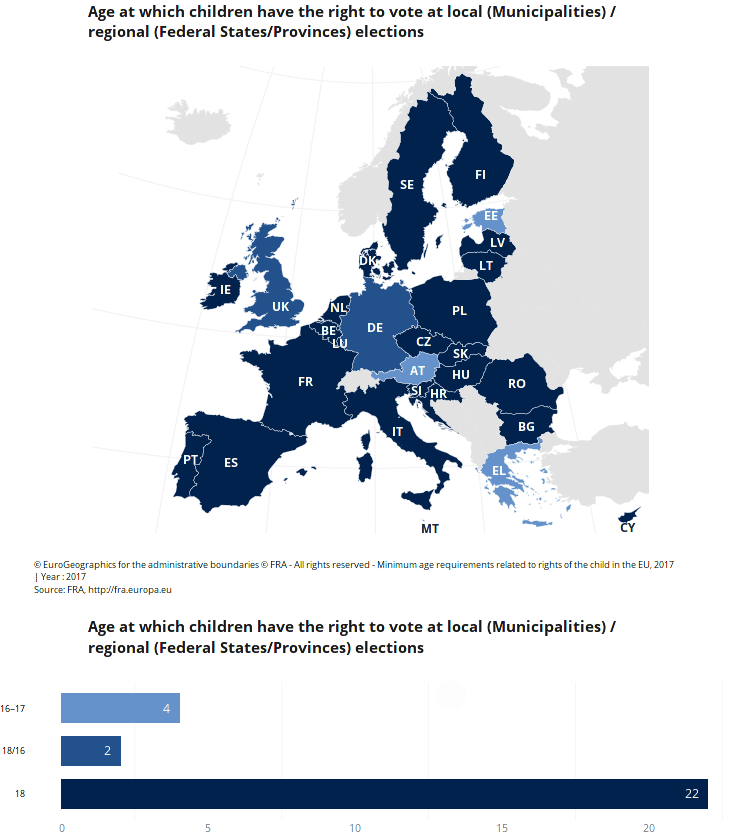 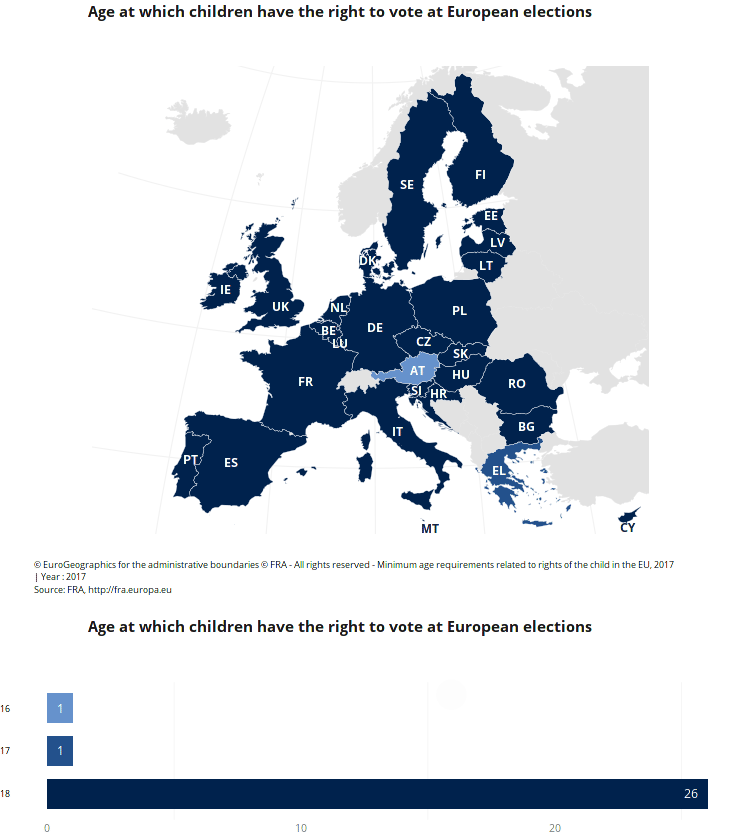 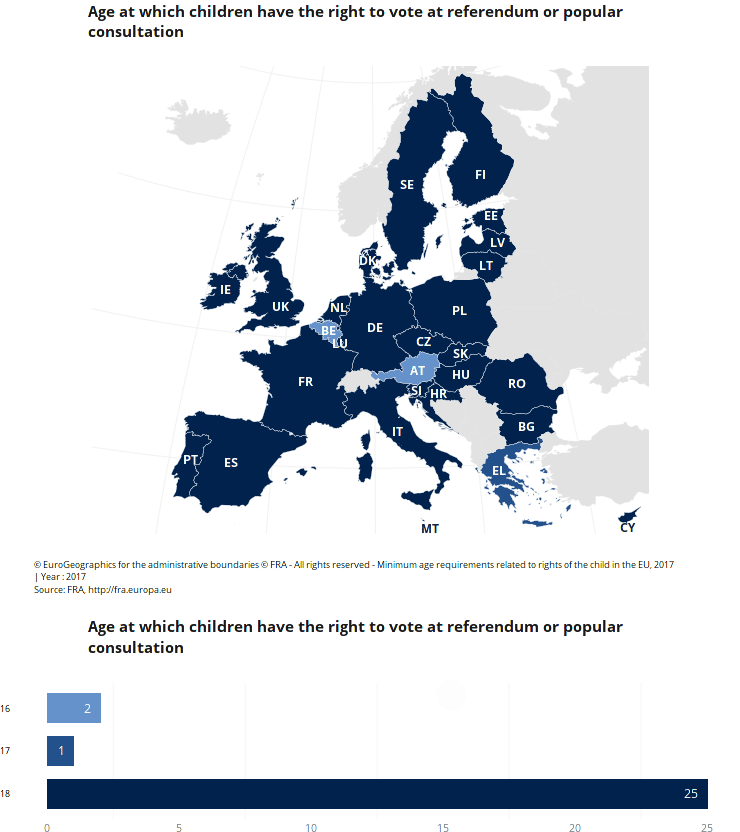