21/06/2019
Fundamental Rights Report 2019: Ethnic minorities and migrants continue to face harassment and discrimination across the EU, despite longstanding EU laws against racism.
View the text alternative for the infographic 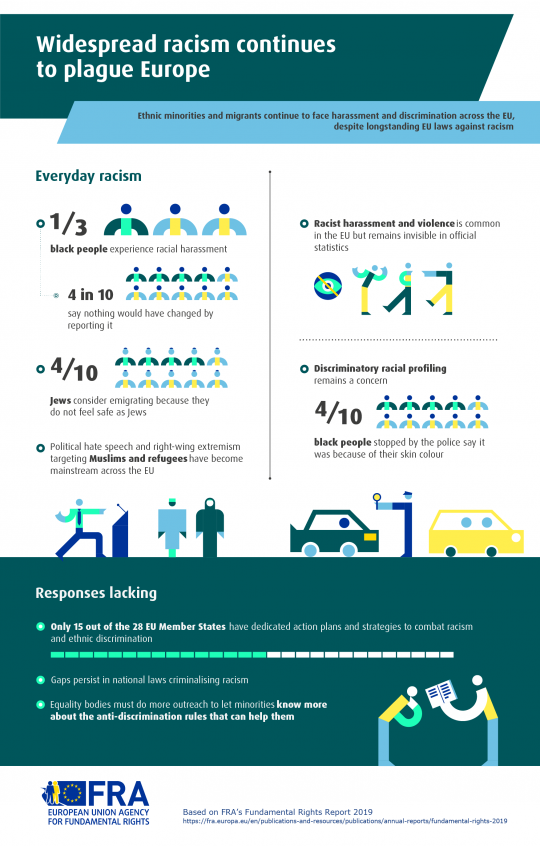