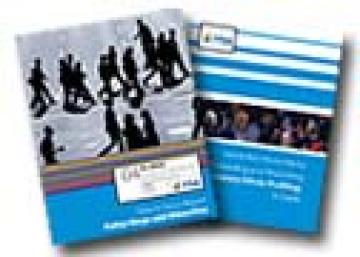 The European Union Agency for Fundamental Rights (FRA) is publishing today, at a Symposium of the European Police College (CEPOL), results from the first ever EU-wide survey on police stops and minorities. The findings show that minorities who perceive they are stopped because of their minority background have a lower level of trust in the police. The results from the FRA's survey are launched together with the FRA Guide on discriminatory ethnic profiling.

FRA Director Morten Kjaerum: "Evidence shows that in a number of EU Member States a person belonging to a minority is more likely to be stopped by the police than a person belonging to the majority population. This finding highlights the problem of potentially discriminatory ethnic profiling practices, which can be in conflict with laws relating to discrimination. At the same time, discriminatory profiling has a damaging social effect, as it may destroy minorities' trust in the police, and in fair treatment. The Agency's reports can be used as a tool to support law enforcement in the prevention of discriminatory ethnic profiling." CEPOL Director Dr Ferenc Bánfi: "Protecting fundamental rights is at the core of police training. It is our task to enhance the knowledge and the skills of Europe's future police officers and help build confidence in policing with all parts of society. CEPOL and the Fundamental Rights Agency will work together to base police training on fundamental rights, and to move towards an effective and service-oriented police services across Europe for the 21st century."

When a decision to stop an individual is motivated solely or mainly by virtue of a person's race, ethnicity or religion, this constitutes discriminatory ethnic profiling. Such practices can serve to alienate certain communities in the EU, and in turn can contribute to inefficient policing.

Of the 27 EU Member States, the UK is the only one that systematically collects and publishes police data on stops, which includes information on the ethnicity of those stopped. Thanks to this data, the police and local communities are informed about the situation on the ground and can identify policing practices that may be discriminatory.

This report focuses on experiences of police stops, including levels of trust in the police.

CEPOL organises between 60-100 courses, seminars and conferences per year on key topics relevant to police forces in Europe, and carries out specialised projects such as the CEPOL ISEC exchange programme for senior officers and trainers and the Euromed Police II project.