Being black in the EU often means racism, poor housing and poor jobs 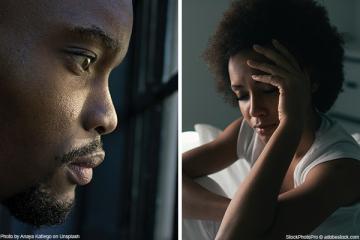 Black people in the EU face unacceptable difficulties in simply finding somewhere to live or getting a decent job because of their skin colour, according to findings from a major repeat survey by the European Union Agency for Fundamental Rights. Racist harassment also remains all too common.

“In the 21st century, there is no excuse for racial discrimination. Yet black people in the EU today are still victims of widespread and unacceptable levels of discrimination and harassment simply because of their skin colour,” says FRA Director Michael O’Flaherty. “We need to stamp this out once and for all. For this, Member States need effective and targeted policies and laws to ensure black people are fully included in our society.”

The Being Black in the EU report reveals the many challenges black people face.

Take racial harassment: 30% of respondents say they have been racially harassed in the last five years; 5% have been physically attacked. Member States should therefore make greater efforts to better support victims of racism and to properly prosecute perpetrators.

Housing is another issue: 14% of respondents say private landlords will not rent accommodation to them. This is especially problematic, as only 15% own property, as opposed to 70% of the EU’s general population. In addition, 45% live in overcrowded housing compared to 17% of the general population, pointing to the need for Member States to improve the quality of housing and to eradicate housing exclusion.

Discriminatory profiling in police stops is also an issue: 24% of respondents were stopped by the police in the last five years. Among those stopped, 41% felt the stop constituted racial profiling, which undermines trust in policing and community relations. To counter this, Member States should develop specific, practical guidance for police officers so they can avoid unlawful profiling – FRA’s will publish a guide on how to avoid unlawful profiling on 5 December. Guidance on community policing would also help.

This report examines the experiences of nearly 6,000 black people in 12 EU Member States, as part of FRA’s 2nd EU Minorities and Discrimination survey. It collected information from over 25,500 people with an immigrant or ethnic minority background, including Roma and Russians, in all 28 EU Member States. It builds on FRA’s first such survey from 2008.