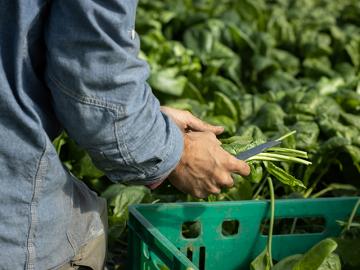 Irregular migrants can fall victim to exploitative employers. The EU has rules to protect migrant workers in an irregular situation from exploitation and abuse, but gaps remain in their enforcement, finds a new report by the EU Agency for Fundamental Rights (FRA). Workers do not know their rights or how to complain, and even when they do, they may not receive compensation due. EU countries should do better to protect migrant workers’ rights under existing EU rules.
Download report on Employers Sanctions Directive

“All workers have the right to seek and get justice from exploitative employers. Irregular migrants are no exception,” says FRA Director Michael O’Flaherty. “EU rules protect the rights of workers to get justice. EU countries need to step up their efforts to protect irregular migrants from labour exploitation, compensate victims and ensure employers pay all due wages, especially now during the pandemic.”

FRA’s latest report looks at how the Employers Sanctions Directive protects irregular migrants from exploitation. It focuses on how EU countries use the directive to enable exploited workers get justice. It identifies implementation gaps and suggests EU countries:

The EU Employers Sanctions Directive aims to stop employers from recruiting irregular migrants. It also protects irregular workers by ensuring that they get any outstanding pay from their employers, by facilitating complaints and by emphasising the right not to be subjected to particularly exploitative working conditions.

The directive came into force in 2009. It applies to all EU countries, except Denmark and Ireland.

The research drew on legal analysis, and information from national authorities, courts and irregular migrant and victims’ support organisations.