The survey provides EU institutions and Member States for the first time with comparable data on Jewish people’s experiences and perceptions of discrimination, hate-motivated crime and antisemitism.

The survey provides EU institutions and Member States for the first time with comparable data on Jewish people’s experiences and perceptions of discrimination, hate-motivated crime and antisemitism. The FRA survey results help to support policy makers and other stakeholders in tackling antisemitism across the EU through more targeted and effective legal and policy responses. FRA suggested several steps to support EU and national policy makers in developing and implementing measures designed to safeguard the fundamental right of Jews.

The lack of robust and comparable data on the situation of antisemitism in the EU is such that policy makers across the EU can often only base their decisions on patchy evidence, which limits their capacity to counter antisemitism effectively. Currently, only 13 EU Member States collect official data on antisemitic incidents reported to the police or processed through the criminal justice system. The survey addressed some of these data gaps and provides comparable data.

The survey took place online in Belgium, France, Germany, Hungary, Italy, Latvia, Romania, Sweden and the United Kingdom, home to some 90 % of the EU’s estimated Jewish population, in September-October 2012. In eight countries 5,847 self-identified Jewish respondents completed the survey – in Romania the number of respondents was too small to allow for a robust analysis and an overview of these results are included in annex to the survey results report.

FRA opted to use online surveying in the absence of reliable sampling frames, as it allowed self-identified Jewish people in the selected Member States to complete the survey at their own pace. The survey data collection was managed by a joint team from Ipsos MORI – a survey research company – and the Institute for Jewish Policy Research (JPR), based on the data collection methodology developed with FRA.

The survey results were published in November 2013. 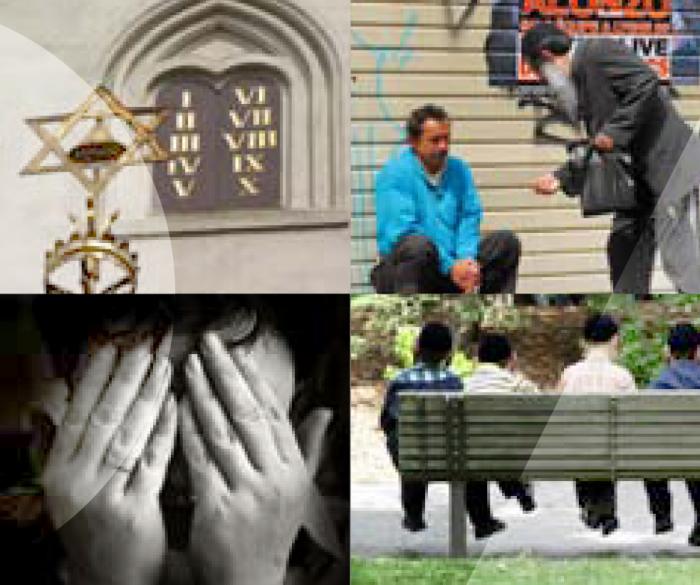 Survey on discrimination and hate crime against Jews in EU (2012)

This 2012 survey provides comparable data from eight countries (Belgium, France, Germany, Hungary, Italy, Latvia, Sweden and the UK) on Jewish people’s experiences and perceptions of discrimination, hate-motivated crime and antisemitism. The data explorer also allows the filtering of responses by age, gender and strength of Jewish identity of respondents. 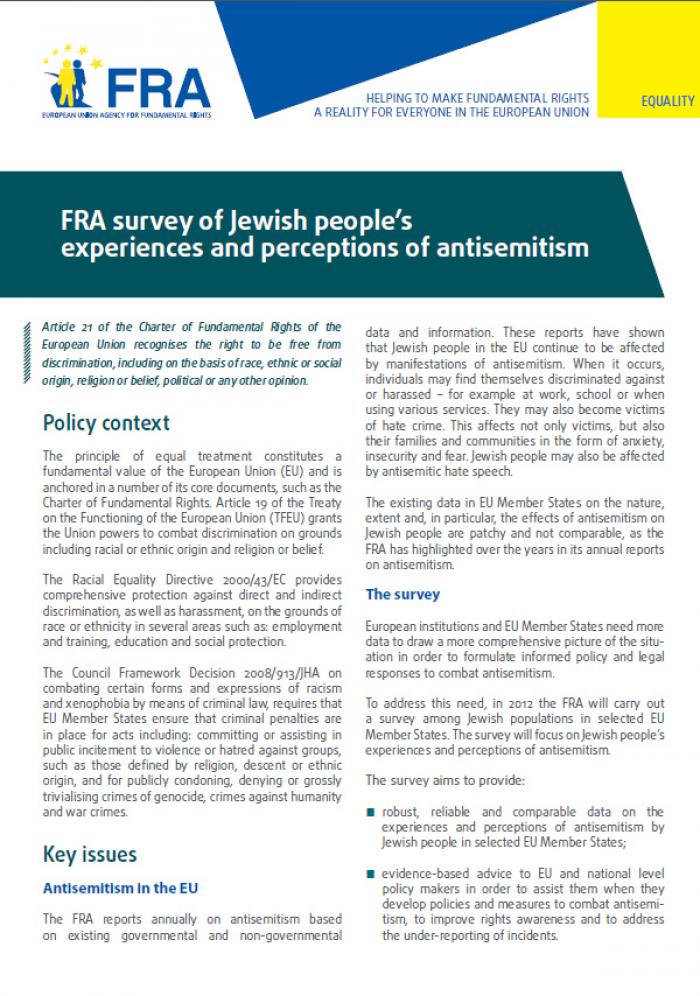