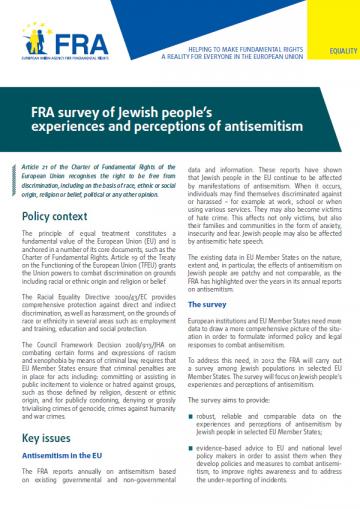 The FRA reports annually on antisemitism based on existing governmental and non-governmental data and information. These reports have shown that Jewish people in the EU continue to be affected by manifestations of antisemitism. When it occurs, individuals may find themselves discriminated against or harassed - for example at work, school or when using various services. They may also become victims of hate crime. This affects not only victims, but also their families and communities in the form of anxiety, insecurity and fear. Jewish people may also be affected by antisemitic hate speech.