Data collected systematically over the past years by FRA and international organisations show that the situation of the Roma has changed little in recent years. In the wake of the recent global economic crisis, there is particular concern that the situation may deteriorate further, unless urgent and targeted action is taken.

In April 2011, the European Commission, determined to achieve a tangible change in Roma people’s lives over the coming years, published an EU Framework for national Roma integration strategies up to 2020, which set goals at the EU level that require Member States to improve the integration of Roma in four areas:

The Framework called on Member States to submit national Roma integration strategies by the end of 2011, specifying how they will contribute to achieving the overall EU level integration goals, including setting national targets and allowing sufficient funding to deliver them.

On 23 May 2012 the European Commission, having received and assessed national strategies, issued its Communication on National Roma Integration Strategies: a first step in the implementation of the EU Framework. This called on Member States to do more to implement national strategies aimed at improving the economic and social integration of Roma. At the same time, the Commission repeated its request to FRA to continue collecting data across the EU and work closely with Member States to develop effective national monitoring systems.

In response to these developments, FRA developed a multi-annual Roma Programme reaching from 2012 to 2020, to allow the agency to make regular reports on progress made and provide evidence based advice to the EU institutions and Member States based on data systematically collected across the EU. The programme comprises three elements, which are described below.

Collecting and analysing primary qualitative data through participatory action research. Starting in 2013, FRA will carry out research at the local level to better understand the factors that influence the current socio-economic situation and life experiences of Roma people, as well as their attitudes, perceptions, values and views. The research will also supply valuable information on how local projects and action plans can best be implemented. The work will entail participatory action research, which means researchers will work in local communities, engaging directly with Roma and non-Roma, and local authorities.

Assisting Member States to measure the progress of Roma integration 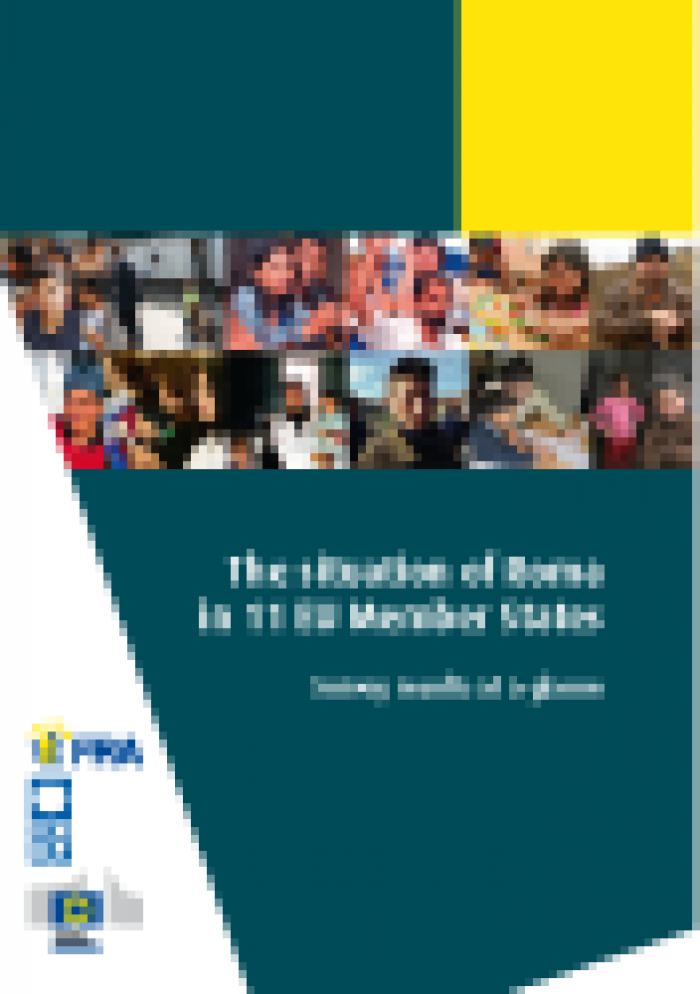 Many Roma continue to face discrimination and social exclusion across the EU, according to a new report published jointly by the European Union Agency for Fundamental Rights (FRA) and the United Nations Development Programme (UNDP). The situation of Roma is on average worse than the situation of non-Roma living in close proximity. The report is based on two surveys on the socio-economic situation of Roma and non-Roma living nearby in 11 EU Member States and in neighbouring European countries.