This project provides an overview of legal developments and trends concerning the fundamental rights of lesbian, gay, bisexual, transgender people across the EU from 2010 onwards. It also now covers the rights of intersex people.

Protection against discrimination on grounds of sexual orientation, gender identity and sex characteristics in the EU – Comparative legal analysis – Update 2015

While awareness of the rights of lesbian, gay, bisexual, transgender and intersex (LGBTI) persons is on the rise across the European Union, hurdles to their full enjoyment of their fundamental rights remain. This report updates FRA’s 2010 report on homophobia, transphobia and discrimination on grounds of sexual orientation and gender identity.

Since 2008, FRA has conducted regular comparative analysis of the legal situation concerning the fundamental rights of lesbian, gay, bisexual, transgender and, since recently, intersex people in the European Union. In the forthcoming report to be published in 2015, an overview of legal developments and trends across the EU from 2010 onwards will be provided updating the Agency’s reports Homophobia and discrimination on grounds of sexual orientation in the EU Member States: Part I – legal analysis of June 2008 and Homophobia, transphobia and discrimination on grounds of sexual orientation and gender identity: – 2010 update (comparative legal analysis.

The legal comparative reports should be read alongside the results of FRA’s ‘EU LGBT survey report‘ published in May 2013 and the report ‘Being Trans in the EU – Comparative analysis of the EU LGBT survey data’ published in December 2014. The survey provided for the first time comparable EU level data on the daily experiences and views of LGBT people.

Firstly, the number of Member States extending protection against sexual orientation discrimination beyond the sphere of employment into the areas covered by the Racial Equality Directive has continued to rise over the last years. Recognition of gender identity as a ground of discrimination remains uneven among EU Member States.

As regards legal gender recognition, an increasing number of Member States have changed requirements to change name and recorded sex on official documents, such as the preconditions of infertility or divorce.

Finally, the situation of intersex people is marked by great concerns regarding a common practice in some Member States of medical ‘sex normalising’ treatments, including surgery, practised on intersex children to adequate their sex to the sex binary which the law establishes. 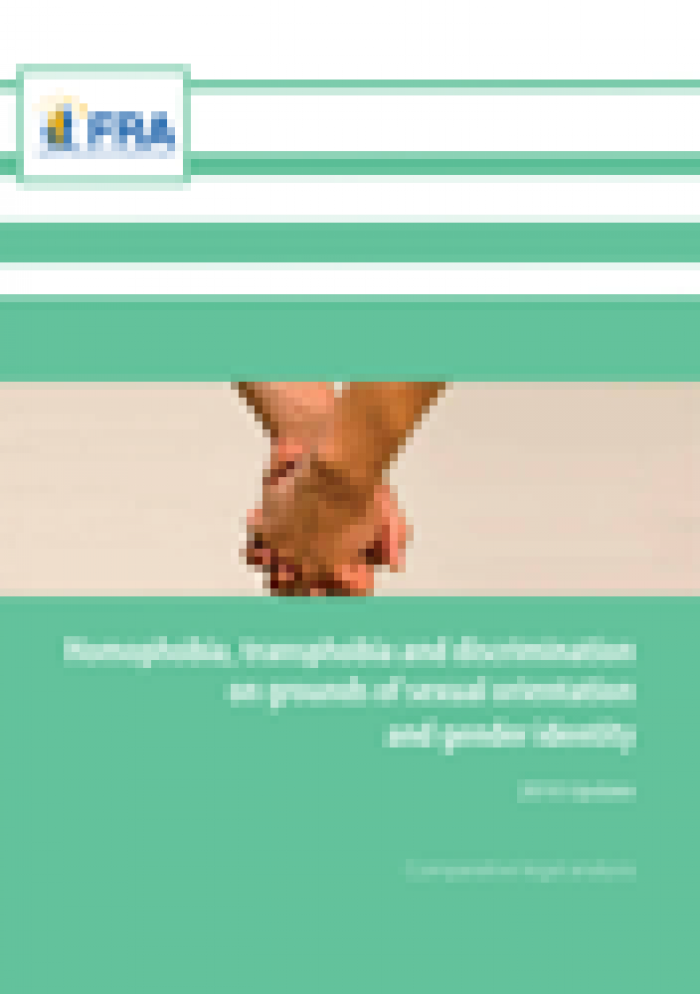 Homophobia, transphobia and discrimination on grounds of sexual orientation and gender identity
30 November 2010

This report updates the FRA comparative legal analysis of discrimination on the basis of sexual orientation and gender identity first published in June 2008. It presents the situation as it stood at the end of 2009, though information gathered in 2010 has been incorporated to the greatest possible extent. Five main trends among EU Member States can be noted from the information presented in this report. 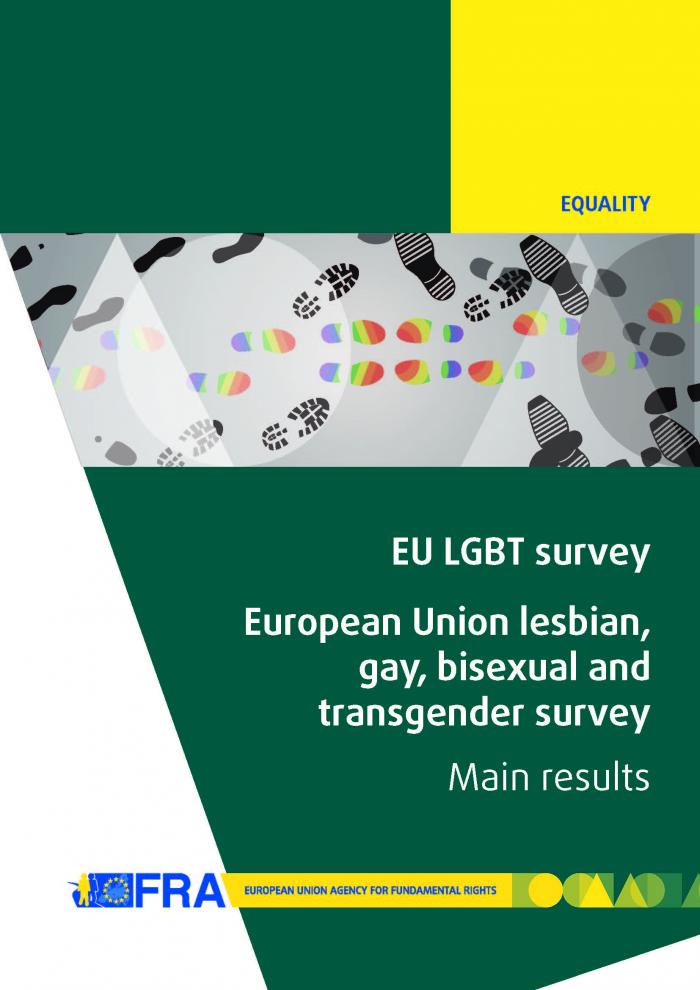 In light of a lack of comparable data on the respect, protection and fulfilment of the fundamental rights of lesbian, gay, bisexual and transgender (LGBT) persons, FRA launched in 2012 its European Union (EU) online survey of LGBT persons’ experiences of discrimination, violence and harassment.