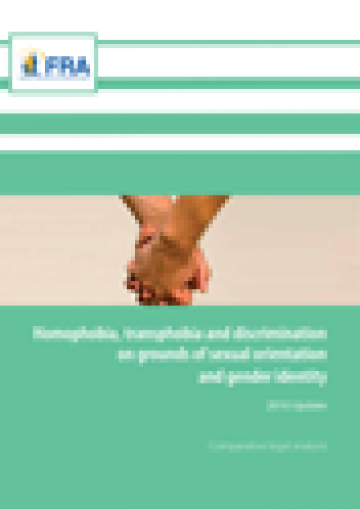 This report updates the FRA comparative legal analysis of discrimination on the basis of sexual orientation and gender identity first published in June 2008. It presents the situation as it stood at the end of 2009, though information gathered in 2010 has been incorporated to the greatest possible extent. Five main trends among EU Member States can be noted from the information presented in this report.

In 2007, the European Parliament requested the European Union Agency for Fundamental Rights (FRA) to conduct research on discrimination against lesbian, gay, bisexual and transgender (LGBT) persons. In 2008, the FRA published its first comparative legal analysis on homophobia, transphobia and discrimination based on sexual orientation and gender identity in the European Union. This factsheet outlines the key legal trends resulting from the updated legal analysis that the FRA undertook in 2010.