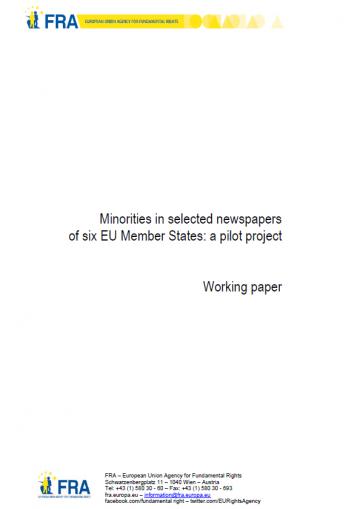 Working paper on the FRA pilot project examining representations of minority groups and related issues in the press in six Member States.