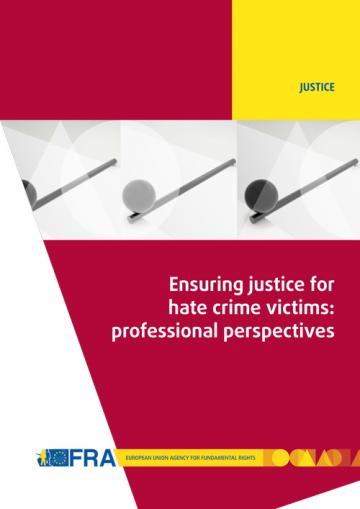 Hate crime is the most severe expression of discrimination, and a core fundamental rights abuse. Various initiatives target such crime, but most hate crime across the EU remains unreported and unprosecuted, leaving victims without redress. To counter this trend, it is essential for Member States to improve access to justice for victims. Drawing on interviews with representatives from criminal courts, public prosecutors’ offices, the police, and NGOs involved in supporting hate crime victims, this report sheds light on the diverse hurdles that impede victims’ access to justice and the proper recording of hate crime. 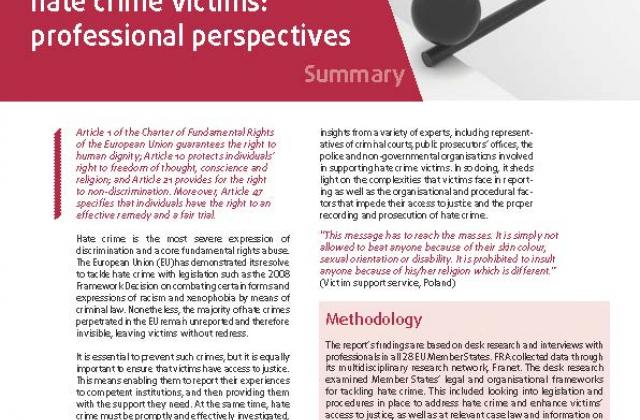