Children in asylum and migration procedures receive special attention and are subject to enhanced protection under EU legislation. This protection entails rights and guarantees specifically for children, particularly unaccompanied children. In some Member States, children have the right to apply for asylum on their own, without the input of their guardians or legal representatives. However, legislation on children’s legal capacity in asylum procedures varies across the EU and depends on prescribed age requirements. 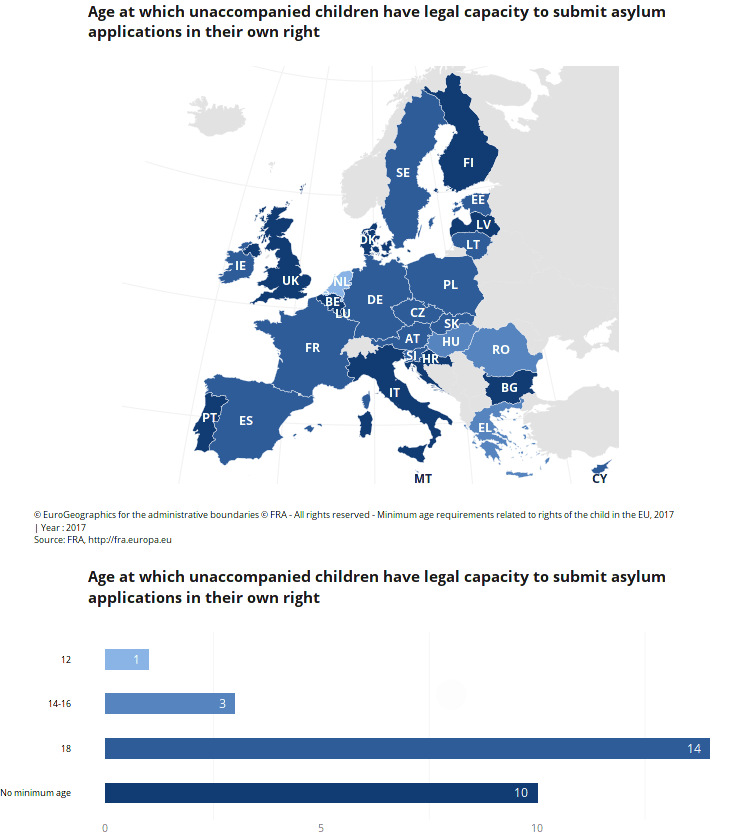 Since 1999, the EU competences in the area of asylum and migration have increased and they are being exercised, according to the relevant provisions of EU primary law. The aim is to establish a common European asylum system and a common immigration policy for Europe (Articles 78 and 79 of the TFEU). In this context, Article 18 of the Charter of Fundamental Rights guarantees the right to asylum, with due respect to the Geneva Convention.

Article 7 of the Asylum Procedures Directive states that EU Member States must ensure that a child has the right to make an asylum application either on their own behalf, according to the national legislation on legal capacity to act in procedures, or through a person responsible for them. The same rule is included in the proposal of the Commission (COM(2016) 467 final) for an Asylum Procedures Regulation (Articles 31 and 32). Given that Member States have the competence to determine legal capacity issues, it lies within their power to define under which conditions children could apply for asylum on their own. National legal regulations often draw a distinction between unaccompanied and accompanied children.