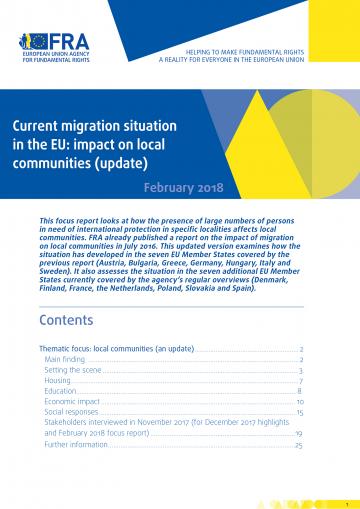 This focus report assesses how the presence of large numbers of persons in need of international protection affects local communities in terms of housing, education, the local economy and social responses.