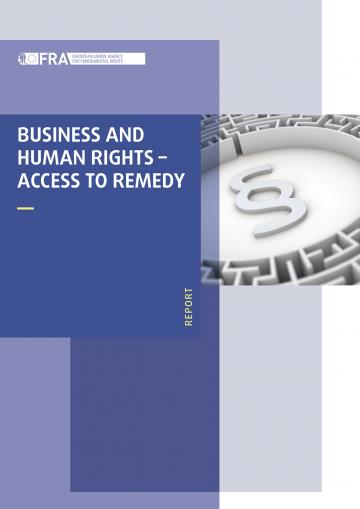 Business activity affects not just customers, employees, and contractors along supply chains, but often entire communities and the environment. This makes it vital that every business complies with human rights. This comparative report looks at the realities victims face when they seek redress for business-related human rights abuses. It presents the findings of fieldwork research on the views of professionals regarding the different ways people can pursue complaints. The findings highlight that obstacles to achieving justice are often multilayered.

We hope that both the challenges and promising practices presented encourage policymakers to embrace measures that promote responsible, rights-compliant business conduct, both within the EU and beyond.

Businesses create wealth, making an important contribution to the economy. Their diverse activities affect not just their customers, employees, and contractors along their supply chains, but often entire communities and the environment. This makes it all the more vital that every business, small or large, complies with human rights.

Preventing human rights violations by business is clearly essential. More recently, however, global efforts have focused on developing ways to ensure that victims of such violations have access to effective remedies when harm occurs.

Business should always be conducted with respect for human rights, and states have a duty to ensure that business conduct does not violate human rights and to provide access to effective remedy for those whose rights are abused. These rights most often include workers’ and consumers’ rights, the right to health and environment, the right to privacy, and equality and non-discrimination.

Over recent years, global efforts have increased to encourage responsible business conduct that respects human rights and seeks to prevent or, at least, remedy certain negative impacts. In 2011, the United Nations Guiding Principles on Business and Human Rights (UNGPs) advanced the debate, building on the ‘Protect, Respect and Remedy’ Framework, corresponding to three pillars for action. The first pillar focuses on states’ duty to protect against human rights abuses, the second focuses on corporate responsibility to respect human rights and the third focuses on victims’ right to access effective remedy. More attention has recently been given to the third pillar. According to the UNGPs (Principle 25), “As part of their duty to protect against business-related human rights abuse, States must take appropriate steps to ensure, through judicial, administrative, legislative or other appropriate means, that when such abuses occur within their territory and/or jurisdiction those affected have access to effective remedy.”

The 2016 Council of Europe recommendation on human rights and business also focuses on access to remedy. The European Convention on Human Rights (ECHR) provides for the right to effective remedy in Article 13. Moreover, the European Union (EU) Charter of Fundamental Rights enshrines in Article 47 the “right to an effective remedy before a tribunal” and that “[l]egal aid shall be made available to those who lack sufficient resources in so far as such aid is necessary to ensure effective access to justice”. The EU Charter of Fundamental Rights also includes other relevant provisions, such as on nondiscrimination (Article 21), the rights of the child (Article 24), environmental protection (Article 37) and consumer protection (Article 38), as well as solidarity rights more generally (Title IV).

Since the adoption of the renewed EU strategy for Corporate Social Responsibility in 2011, the EU has adopted legislation enhancing access to effective remedy against corporate abuses. The European Commission also carries out a regular, internal, stocktaking exercise on the progress made in implementing the UNGPs. The Council of the European Union regularly reiterates the EU’s commitment to the UNGPs in its conclusions on the Union’s priorities in United Nations (UN) forums. The European Parliament issued, in 2016, a resolution on corporate liability for serious human rights abuses in third countries, and requested, in 2019, a study on access to legal remedy for victims of corporate human rights abuses in third countries.

The research of the European Union Agency for Fundamental Rights (FRA) on access to justice shows that, in general, the effectiveness of judicial remedies is often hampered by restrictive rules on legal standing, evidence barriers, high legal costs (combined with restrictive rules on legal aid) and the length of proceedings. The present findings are based on FRA’s research collecting evidence on access to remedy in EU Member States on businessrelated human rights abuses. The research identifies factors that obstruct or, conversely, facilitate access to justice in regard to human rights abuses by businesses, providing useful evidence for EU action.

The opinions formulated in this report are based on the evidence FRA collected in 2019 and 2020 through interviews with business and human rights experts and practitioners in seven EU Member States (Finland, France, Germany, Italy, the Netherlands, Poland and Sweden). Evidence collected in 2019 in the United Kingdom is included, as the United Kingdom was part of the EU at that time. The fieldwork research builds on FRA’s 2017 Opinion on Improving access to remedy in the area of business and human rights at the EU level, which covers judicial and non-judicial remedies, as well as issues related to their effective implementation.

The research finds that most interviewees consider that existing relevant instruments do not take sufficient account of the reality and complexity of disputes involving big corporations. In most cases, these are multinational entities with complex structures and networks of subsidiaries and supply chains.

The UN and Council of Europe instruments point to a need for judicial and non-judicial mechanisms to ensure effective access to remedy for victims of business-related human rights abuse. The findings of the research indicate, however, that non-judicial remedies remain largely unknown or lack sufficient effectiveness, or their potential is not fully used. Courts remain the main avenue for accessing justice in business-related human rights abuses. However, most interviewees point to a lack of specific procedures addressing such abuses. Depending on the nature of the abuse, civil, criminal or administrate proceedings may be available. Interviewees highlight, however, that business-related human rights abuses are often atypical and thus face numerous procedural obstacles. In all countries that the research covers, interviewees pointed to practical, procedural and financial barriers.

These reports constitute background material for a comparative report for the project “Business and human rights – access to remedy”. The country research was prepared by FRA’s research network FRANET. The information and views contained in the document do not necessarily reflect the views or the official position of the FRA. The documents are made available for transparency and information purposes only and do not constitute legal advice or legal opinion. 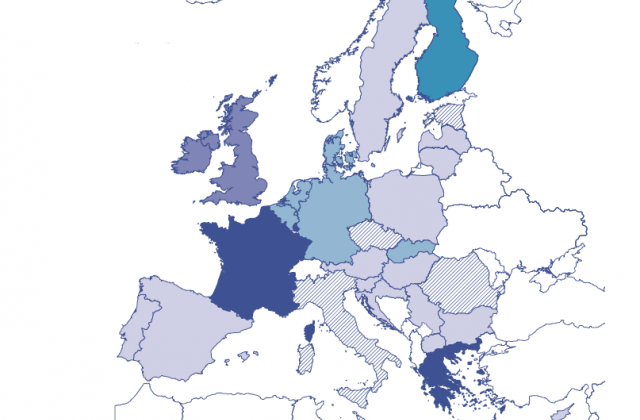 Since September 2020, three National Human Rights Institutions (NHRIs) had a change in their accreditation status, two new institutions were created and nine have had a change in tasks covered by their mandates. Following up on the September 2020 report “Strong and effective national human rights institutions – challenges, promising practices and opportunities”, this update provides an overview of developments in the accreditation status and mandates of NHRIS in the past 12 months. The update covers the 27 EU Member States as well as three additional states within FRA’s mandate (Albania, North Macedonia and Serbia). 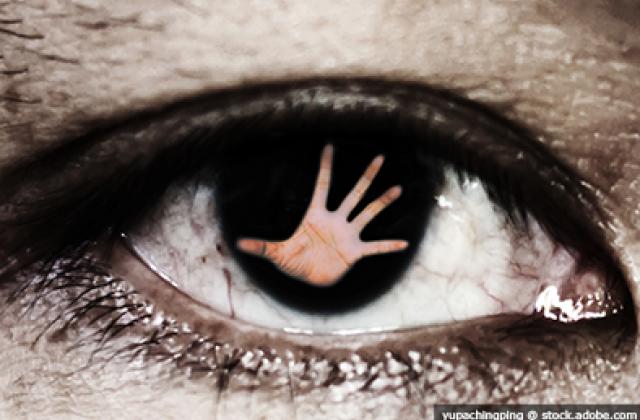