21/06/2019
Fundamental Rights Report 2019: Although migrant arrivals to the EU continue to drop, it remains a divisive issue politically and across society. Nearly 4 in 10 Europeans think immigration is more of a problem than a solution. And nearly a half overestimate the number of irregular migrants in their country.
View the text alternative for the infographic 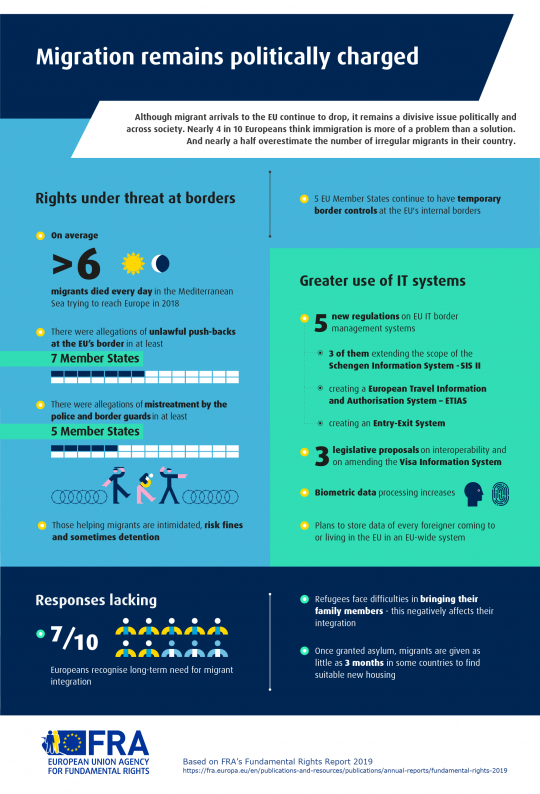 Rights under threat at borders

Greater use of IT systems