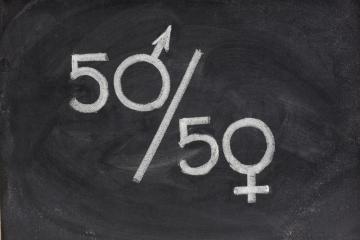 marekuliasz
Equality is a core component of fundamental rights protection. Gender inequalities, nevertheless, persist in today's society and are often compounded by other forms of discrimination, preventing women from enjoying their full rights.

Equality between men and women is a fundamental principle of the European Union (EU). For example, Article 8 of the Treaty on the Functioning of the European Union (TFEU) states that: “In all its activities, the Union shall aim to eliminate inequalities, and to promote equality, between men and women”.The EU Charter of Fundamental Rights also explicitly refers to equality between men and women and to non-discrimination across a range of grounds – including sex. These fundamental principles are developed further through specific legislation that serves to enhance equality and address discrimination on the ground of sex; covering fields such as employment and access to goods and services.

Within FRA’s thematic research areas, discrimination based on sex, as well as on other grounds such as ethnicity and age, is a component of the agency’s work. To this end, the agency incorporates gender as part of its data collection and analysis. For example – when undertaking research on the rights of the child, on asylum or on access to justice (to name just some areas the agency works on) – FRA highlights gender in the research findings where this emerges as an important consideration. Gender is often looked at alongside other grounds such as ethnicity and age.

As an agency that undertakes data collection through fieldwork – often interviewing 1,000s of people for its survey research – the FRA always collects background information concerning respondents’ gender, alongside other personal characteristics. In this way – all of FRA’s surveys contain data that can be disaggregated by sex (for further information, see the agency’s survey data explorer).

Examples of FRA reports that include a strong gender analysis include: Analysis of FRA Roma survey results by gender (2013); Inequalities and Multiple discrimination in access and quality of healthcare (2012); Migrants in an irregular situation employed in domestic work: Fundamental rights challenges for the European Union and its Member States (2011).

One of the most serious violations of gender equality is violence against women. FRA has taken the lead in this area by conducting the largest survey to date in the EU on women’s experiences of violence. Launched in March 2014, the results of FRA’s survey on Violence against women include in-depth reporting and an online data tool that allows users to explore the survey findings, the Survey data explorer.

Physical, sexual and psychological abuse that disproportionately impacts on women – such as ‘domestic’ violence and sexual assault – undermines other core fundamental rights beyond the principle of equality, such as dignity and access to justice. Although violence against women has long been recognised as a pressing problem across the EU, there is a lack of comprehensive data in a number of Member States, particularly from official sources. This situation partly reflects women’s unwillingness to report abuse. It also reflects their lack of faith in the authorities to appropriately respond to their needs as victims of crime. Policy responses and action to address violence against women would benefit from evidence of the situation on the ground concerning women’s experiences of violence – with respect to incidents that are and, just as importantly, are not reported to the authorities.

To address the continued absence of comprehensive data on violence against women, FRA responded to calls for data collection from the European Parliament and the Council by undertaking an EU-wide survey on violence against women. FRA’s survey is the first of its kind to randomly sample and interview 42,000 women, across all 28 EU Member States, about their experiences of violence. The survey results are intended to document the extent and nature of violence as women experience it. This, in turn, serves to provide policy makers with the robust and comparable data they need to shape informed, targeted policies against such abuse that goes to the heart of gender inequality.

The FRA encourages full use of the data it has collected through its data explorer tools, which present detailed data by gender for each of FRA’s surveys.

In due course, the agency will make the datasets from its surveys available for use in the public domain. The European Institute for Gender Equality (EIGE) will be one of the key users of FRA data, by  using the FRA violence against women survey results to populate one area of its Gender Equality Index.

25/11/2019
Millions of women and girls in Europe suffer physical, sexual or psychological violence at the hands of their partner or family members. On International Day for the Elimination of Violence against Women on 25 November, FRA calls on the EU and its Member States to step up their commitment towards ending violence against women.
10/10/2019
Finland’s Presidency of the Council of the EU invited FRA to speak on the economic and social inequalities among Roma and migrant women in the EU during its high-level gender equality conference.

12/09/2019
Migrant women face multiple challenges fully integrating into European society. This is often due to inequalities resulting from the combined effect of their gender, migrant status and ethnic background, as FRA’s latest report testifies. It underlines the need for targeted, gender-sensitive measures to compensate for such inequalities.

Status:
Findings available
In 2011-2012, the European Union Agency of Fundamental Rights (FRA) carried out the first EU-wide survey on women's well-being and safety in Europe - involving interviews with 42,000 women.
Status:
Findings available
In 2010 and 2011, the Fundamental Rights Agency undertook its first in-depth research looking at forms of discrimination that have been relatively little studied so far: ‘multiple' and ‘intersectional' discrimination.

September
2019
Report
FRA’s second EU Minorities and Discrimination survey (EU-MIDIS II) collected information from over 25,000 respondents with different ethnic minority and immigrant backgrounds across all 28 EU Member States. The main findings from the survey, published in 2017, pointed to a number of differences in the way women and men with immigrant backgrounds across the European Union (EU) experience how their rights are respected. This report summarises some of the most relevant survey findings in this regard, which show the need for targeted, gender-sensitive measures that promote the integration of – specifically – women who are immigrants or descendants of immigrants.

June
2019
Annual report
How much progress can we expect in a decade? Various rights-related instruments had been in place for 10 years in 2018, prompting both sobering and encouraging reflection on this question.

June
2019
Annual report
The year 2018 brought both progress and setbacks in terms of fundamental rights protection. FRA’s Fundamental Rights Report 2019 reviews major developments in the field, identifying both achievements and remaining areas of concern. This publication presents FRA’s opinions on the main developments in the thematic areas covered, and a synopsis of the evidence supporting these opinions.