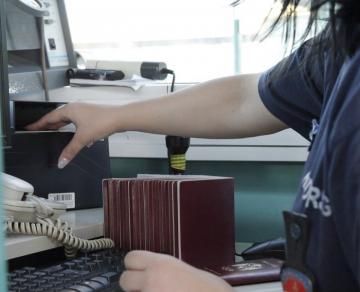 Two new reports by the European Union Agency for Fundamental Rights (FRA) present the human rights situation at the EU’s air and land borders where asylum seekers as well as victims of trafficking for labour and sexual exploitation and for organ extraction may also first enter the EU.

The reports are based on research at five airports and six major land border crossing points, and demonstrate the potential for fundamental rights infringements at the EU’s borders. Together with FRA’s earlier report on fundamental rights at the EU’s southern sea borders, these studies describe the treatment of people entering the EU and make suggestions to improve respect for their human rights.

“The EU’s borders are its first point of contact with the external world. This is where the EU’s fundamental rights’ obligation begins,” said FRA Director Morten Kjaerum. “Any action taken by the EU to help manage its external borders must comply with fundamental rights. Making fundamental rights part of the Schengen border control evaluations is already a step in the right direction. Security concerns at the borders must not overrule fundamental rights, which must be at the core of modern and integrated border management.”

The two new reports reveal a number of issues that affect the fundamental rights of non-EU citizens arriving in the EU. In the light of these findings, FRA makes a number of proposals to improve fundamental rights safeguards at the EU’s borders, aimed at EU and national policy makers, the EU borders Agency Frontex, and operative officers working at border check posts. For example:

FRA’s annual Fundamental Rights Conference, which begins today, is devoted this year to the topic of fundamental rights and migration to the EU. As well as border management, the conference will debate issues such as the protection of children, migrant integration and the growing racism in some places against migrants. Participants will also discuss the challenges posed by the recent pressures at the EU’s external borders for receiving countries, and ways of responding to the situation. Visit the conference site for the programme and list of participants.

The full reports can be downloaded here: