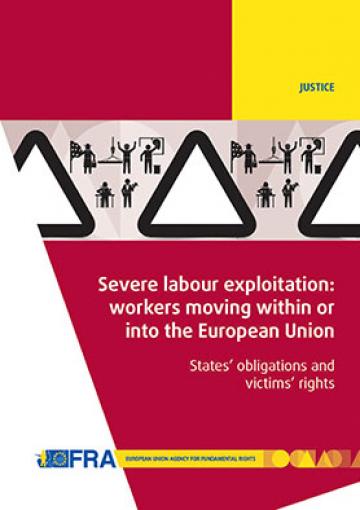 Consumers are often unaware that the food they eat or the clothes they buy may have
been produced by people working under conditions of severe labour exploitation. A new
report by the EU Agency for Fundamental Rights (FRA) shows that while the EU has
legislation prohibiting certain forms of severe labour exploitation, workers moving within
or migrating to the EU are at risk of becoming victims.