80% of Roma are at risk of poverty, new survey finds 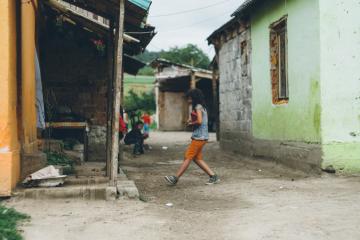 Widespread deprivation is destroying Roma lives. Families are living excluded from society in shocking conditions, while children with little education face bleak prospects for the future, a new report from the European Union Agency for Fundamental Rights (FRA) shows. The report analyses the gaps in Roma inclusion around the EU to guide Member States seeking to improve their integration policies.

“Our manifest inability in Europe to honour the human rights of our Roma communities is unacceptable. The levels of deprivation, marginalisation, and discrimination of Europe’s largest minority is a grave failure of law and policy in the EU and its Member States,” says FRA Director Michael O’Flaherty. “The publication of these findings provides an opportunity to galvanise policy makers into action and focus resources on redressing this intolerable situation.”

The survey findings indicate that despite Member States’ efforts, they are still falling short of most of their integration targets, a key element of the EU’s 2011 National Roma Integration Strategies Framework. The results underline the need for:

The report is based on a survey that collected information in nine EU Member States, derived from nearly 8,000 face-to-face interviews with Roma. It is part of the Agency’s Second European Union Minorities and Discrimination Survey (EU-MIDIS II), which collected data on immigrants and ethnic minorities’ discrimination and victimisation experiences and income and living conditions in all 28 EU Member States.