Realising a Union of equality for people with disabilities 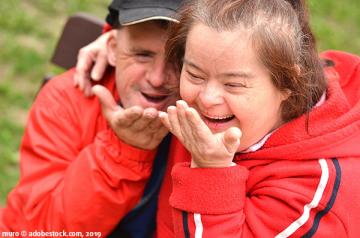 European Day of Persons with Disabilities is a time to remind ourselves of the urgent need to live up to our commitments to achieve equality for all. This is especially pressing since the European Disability Strategy will end in 2020.

Both the EU and all its Member States are party to the UN’s Convention on the Rights of Persons with Disabilities, and must therefore honour the commitments made.

This is a matter of urgency, especially as Europe’s population ageing continues to grow resulting in more and more people with disabilities.

The Convention is a proven driver for change. A 2015 FRA paper underscored how it is a catalyst for wide-ranging legal and policy changes across the EU.

It led to national disability action plans and strategies.

It also drove some Member States to change their laws and policies to grant people with disabilities more autonomy, as well as more choice and control over their lives.

Now as the new European Parliament and Commission take shape, there is a fresh impetus to act similarly.

There are encouraging signs from the new European Commission.

Commissioner Dalli proposes to carefully review the evaluation of the EU’s current disability strategy, and ensure all future EU laws and policies fully comply with the Convention and the needs of people with disabilities.

The Convention, together with EU and national laws, provide a solid platform to make a tangible difference to the lives of people with disabilities. This includes, for example, moving towards community-based living and greater accessibility.

But real change also requires Member States to effectively implement these laws and make them work.

Only then can Europe fulfil its political commitment to a ‘Union of Equality’ that will deliver real results for people with disabilities, so they will be in a better position to enjoy their rights on an equal basis as others.