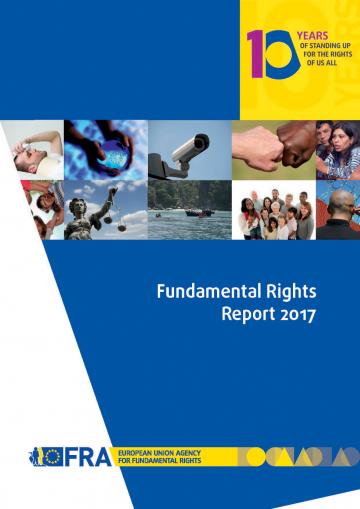 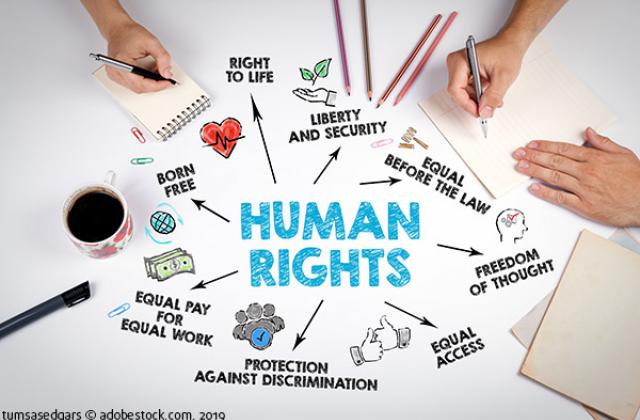 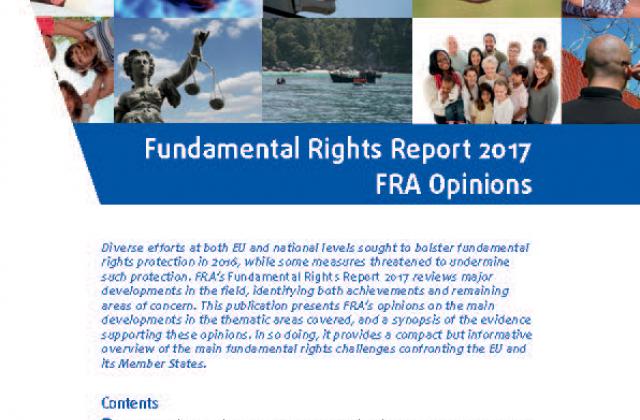 Diverse efforts at both EU and national levels sought to bolster fundamental rights protection in 2016, while some measures threatened to undermine such protection. 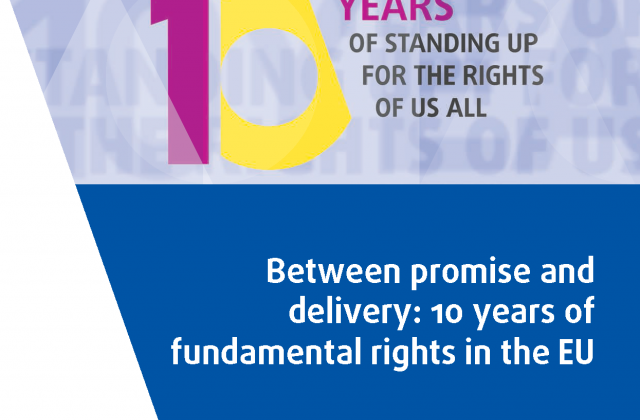 Between promise and delivery: 10 years of fundamental rights in the EU

This year marks the 10th anniversary of the EU Agency for Fundamental Rights. Such a milestone offers an opportunity for reflection – both on the progress that provides cause for celebration and on the lingering shortcomings that must be addressed.

EU Member States once again did not reach agreement on the proposed Equal Treatment Directive, but several continued to extend protection against discrimination to different grounds and areas of life. Meanwhile, little progress was visible in achieving the ambitious goals set by national Roma integration strategies.

The year’s terrorist attacks sparked both intensified debates and legislative developments, including on surveillance. The adoption of new EU-level data protection measures constituted a crucial step towards a modernised and more effective data protection regime.

The rate of children at risk of poverty or social exclusion remained high, and the continued arrival of migrant and asylum seeking children posed additional challenges. The EU adopted several new directives introducing further safeguards for persons suspected or accused of crime, including children. Member State efforts to improve the practical application of the Victims’ Rights Directive sought to bring effective change for crime victims, including in terms of support services. The Istanbul Convention also triggered diverse legislative initiatives at Member State level.

Ten years after adoption of the Convention on the Rights of Persons with Disabilities (CRPD), attention gradually shifted from the first wave of CRPD-related reforms to consolidating progress made. Meanwhile, courts, parliaments and governments continued to make only limited use of the EU Charter of Fundamental Rights, but awareness of the need to train legal professionals on Charter-related issues appeared to be growing.

This year marks the 10th anniversary of the EU Agency for Fundamental Rights. Such a milestone offers an opportunity for reflection on 10 years of fundamental rights in the EU – both on the progress that provides cause for celebration and on the remaining shortcomings that must be addressed.

The EU’s commitment to fundamental rights has grown tremendously during the past decade, but recent developments underscore how quickly progress can be undone. Across the EU, the fundamental rights system is increasingly under attack – dismissed as political correctness gone awry, as benefitting only select individuals, or as hampering swift responses to urgent challenges. This year’s focus section further explores these issues, providing a thorough review of the past decade’s highlights and persisting shortfalls.