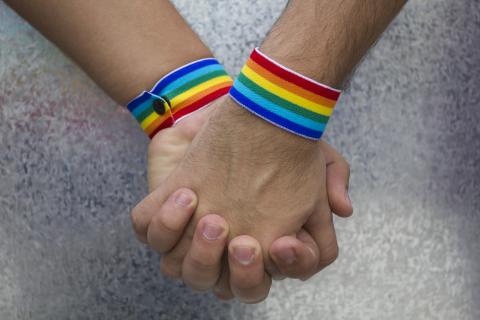 In many EU Member States, lesbian, gay, bisexual, transgender and intersex (LGBTI) people run the risk of discrimination and harassment on a daily basis. Prejudices and misconceptions about homosexuality and transgender people further fuel intolerant attitudes and behaviour towards this community. FRA has carried out research in this area since 2008, including legal as well as empirical (qualitative) research.

FRA research has revealed how LGBTI people face discrimination across all areas of life, and how they are vulnerable to verbal and physical attacks, choosing to remain largely invisible out of fear of negative consequences. In 2012, some 93,000 LGBTI people responded to an EU-wide survey which FRA carried out to discover the everyday issues affecting LGBTI people. This survey collected comparable data from across the EU on LGBTI people’s experiences of hate crime and discrimination for the first time, as well as their level of awareness about their rights. The survey results were published in May 2013 and gave an indication of the extent of the suffering many LGBTI people face across the EU today.

The results of the survey will be supplemented by research among public officials and key professional groups in the areas of public equalities policies, education, health and law enforcement. The research aims at identifying drivers and barriers to the full implementation of the fundamental rights of LGBTI people.

FRA has also, for the first time, looked into the rights of intersex people. In a Focus Paper, FRA reported that sex ‘normalising’ surgery is carried out on intersex children in at least 21 Member States. Furthermore, intersex people often face various administrative and legal obstacles which stand in the way of the recognition of their fundamental rights.

Survey on fundamental rights of lesbian, gay, bisexual and transgender people in EU (2012)

This major online survey, carried out in 2012, collected information from more than 93,000 LGBT people in the EU on their experiences of discrimination, violence, verbal abuse or hate speech on the grounds of their sexual orientation or gender identity. The data explorer also allows the filtering of responses by age, sexual orientation and country of residence.

05 December 2019
FRA met with the European Commission on 4 December in Brussels to discuss its preliminary LGBTI survey findings ahead of their launch in 2020.

10 October 2019
On invitation of the Finnish Presidency of the Council of the EU, FRA presented evidence on discrimination to the Social Questions Working Party of the Council in Brussels on 7 October.

05 April 2018
This project will carry out a survey on discrimination against and victimisation of LGBTI people across the EU. It is a follow up to the Agency's 2012 LGBT survey.

24 August 2015
This project provides an overview of legal developments and trends concerning the fundamental rights of lesbian, gay, bisexual, transgender people across the EU from 2010 onwards. It also now covers the rights of intersex people.

10 July 2012
This project encompasses two related surveys: A survey on discrimination against and victimisation of LGBT people. This survey aims to generate comparable data about the actual experiences of LGBT people living in the EU today This will be complemented by the views of public official and professionals in 19 Member States.