Are there legal accessibility standards for public and private audiovisual media?

Many citizens get information about the work of public authorities and elected representatives via audiovisual media, particularly television and radio. Article 9 (1) of the CRPD sets out the duty of state parties to the CRPD to ensure that all public and private information and media providers design and publish their information and communication so that they are accessible to persons with disabilities. Although not a legal obligation, the Audiovisual Media Service Directive prompts Member States to encourage media service providers under their jurisdiction to ensure that their services are made more accessible to people with visual or hearing impairments, including through subtitles and audio description.

Are there legal accessibility standards for public and private providers of media in EU Member States? 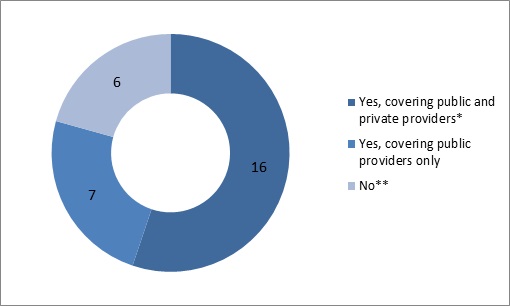 Both public and private providers of media are subject to statutory accessibility standards in Austria, Belgium (the Flemish Community), Cyprus, Germany, Greece, Finland, France, Hungary, Ireland, the Netherlands, Poland, Portugal, Romania, Slovakia, Spain and Sweden, the analysis indicates. In these countries laws require broadcast (radio and television) media to provide subtitles, sign language interpretations and/or audio descriptions for all or part of the programmes broadcast. In Cyprus, for example, television broadcasters must make news bulletins accessible for people who are deaf and hard of hearing at specific hours. In Spain, requirements targeting particular impairment groups are in place.

In a further seven Member States – Bulgaria, Croatia, the Czech Republic, Denmark, Italy, Slovenia and the UK – only public media providers are obliged to ensure that their broadcasts are accessible to persons with disabilities. In the Czech Republic, for example, the public television station Czech Television must add subtitles to a minimum of 70% of their broadcasts and sign language interpretation for at least 2%.

In many Member States the standards are supplemented by specific targets for increasing the proportion of audio-visual material that is accessible to persons with disabilities. In Ireland, for example, the Access Rules published by the Broadcasting Authority of Ireland in 2012 specify targets for each broadcaster regarding the percentage of programmes that have subtitling, Irish Sign Language interpretation and audio description. The targets rise each year until 2016. In some Member States the enforceability of these standards reflect financial and other resources. Public broadcasters in Germany must increase their offering of accessible programmes “within their technical and financial possibilities”, for example.

In the final group of six Member States, no evidence of a law regarding media accessibility was found. Data collected by FRA shows that Estonia has no legal requirement to make broadcast media accessible, but media providers are encouraged by the public broadcasting authority to make information accessible to people with visual and hearing impairments.