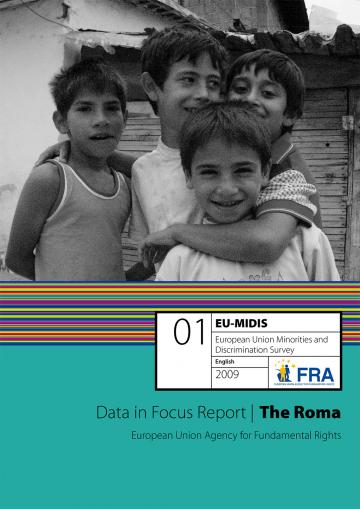 Roma
This report is the first EU-MIDIS ‘Data in Focus' report examining discrimination and victimisation experienced by the Roma. Of all the groups surveyed by the FRA, the Roma emerged as the group most vulnerable to discrimination and crime. The FRA has therefore analysed their situation in a ‘data in focus' report, the first in a series of reports on minority groups and issues covered by the survey.
Downloads
10 August 2012
EU-MIDIS Data In Focus Report: The Roma (421.7 KB)
Език
Bulgarian
Език
Czech
Език
English
Език
French
Език
German
Език
Greek
Език
Hungarian
Език
Polish
Език
Romanian
Език
Slovak
Език
Spanish
Order a printed copy from EU Publications website
Related 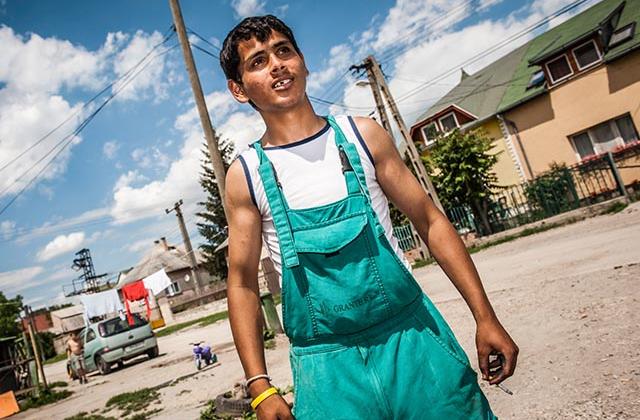 This report presents findings from FRA’s 2021 survey on Roma in Croatia, Czechia, Greece, Hungary, Italy, Portugal, Romania and Spain, as well as in North Macedonia and Serbia. The survey includes interviews with more than 8,400 Roma, collecting information on more than 20,000 individuals living in their households. By focusing on Roma, the survey provides unique data and information that are not available from European general population surveys, which do not disaggregate on grounds of ethnic origin. The findings present a bleak but familiar picture of exclusion, deprivation, discrimination and racism.
Read Press Release 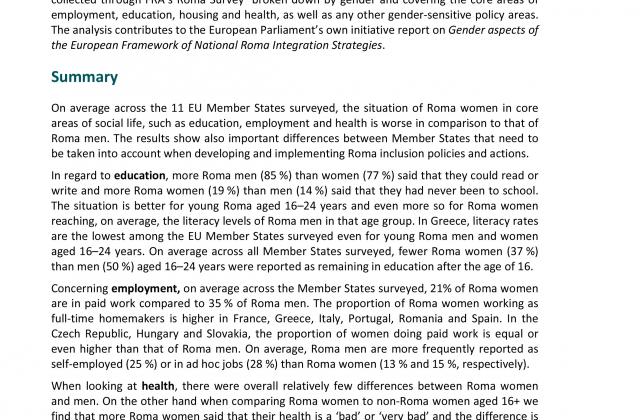 Survey reveals extent of discrimination, under-reporting and sense of resignation

Of all the groups surveyed by the FRA, the Roma emerged as the group most vulnerable to discrimination and crime. The FRA has therefore analysed their situation in a ‘data in focus' report, the first in a series of reports on minority groups and issues covered by the survey.

The report on the Roma reveals a bleak picture for the estimated 12 million Roma in the EU. Roma reported the highest overall levels of discrimination across all areas surveyed. 66-92% of Roma (depending on the country) did not report their most recent experience of discrimination to any competent authority. 65-100% of the Roma respondents reported lack of confidence in law enforcement and justice structures.

What can policy-makers do?

EU-MIDIS is the first ever EU-wide survey of immigrant and ethnic minority groups' experiences of discrimination and victimisation in everyday life. Addressing the lack of reliable and comparable data on minorities in many EU countries, the survey examines experiences of discriminatory treatment, racist crime victimisation, awareness of rights, and reporting of complaints. EU-MIDIS involved face-to-face interviews with 23,500 persons from selected immigrant and ethnic minority groups in all 27 Member States of the European Union. 5,000 persons from the majority population were also interviewed to compare the results.