1. Any discrimination based on any ground such as sex, race, colour, ethnic or social origin, genetic features, language, religion or belief, political or any other opinion, membership of a national minority, property, birth, disability, age or sexual orientation shall be prohibited.
2. Within the scope of application of the Treaties and without prejudice to any of their specific provisions, any discrimination on grounds of nationality shall be prohibited.

By their very nature, opinion polls are in danger of misinterpretation or simplification. The EUMC puts forward these questions & answers in order to facilitate a better interpretation of the survey results. 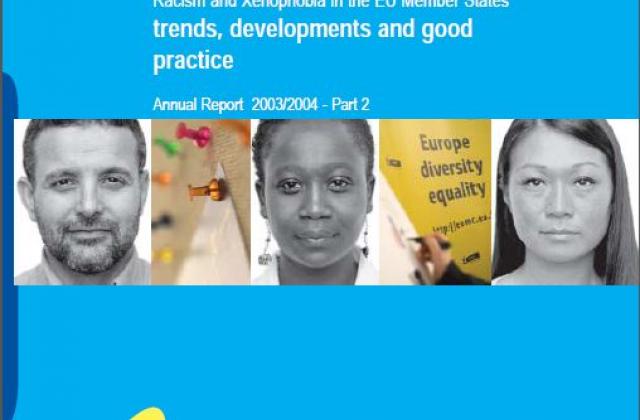 In the Annual Report published on 2 December 2004, the Agency concludes that the education system in EU states is still failing migrant and minority pupils and racism against the Roma community continues.

Migrants, Minorities and Legislation: Documenting Legal Measures and Remedies against Discrimination in 15 Member States of the European Union

The report analyses the existing and developing legal measures and remedies against discrimination of migrants and minorities, especially within the framework of the two EU anti-discrimination directives and their transposition into national legislation.

This report complements the report "Manifestations of Antisemitism in the EU 2002-2003" and consists of material from in-depth interviews with 35 persons from Jewish communities in eight European countries, covering their own perceptions of antisemitism.

"Manifestations of Antisemitism in the EU 2002 - 2003" details manifestations of antisemitism in the EU over a two-year period from 2002-2003 using data available by October 2003 and proposes policies to counter it. The second report, "Perceptions of Antisemitism in the European Union" provides snapshot interviews with members of the Jewish community. The main report shows that there has been an increase in antisemitic incidents in five EU countries, (Belgium, France, Germany, the Netherlands and the UK). Those incidents ranged from hate mail to arson. In some other countries there has been little evidence of increase in antisemitism.

The Agency commissioned the material for this report from its National Focal Points in 15 EU Member States. The report constitutes a unique collection of evidence on various forms of discrimination and disadvantage experienced by migrants and minorities in the education sector. The Report finds that migrant and minority ethnic groups are over-represented in educational establishments with lower academic demands, have higher drop out rates, lower school completion rates, and sometimes even face segregation into 'special needs schools'. As well as documenting inequality, discrimination and process of exclusion, the report also examples of good practices in the field of education. The report finishes with selected recommendations for the EU and its Member States. 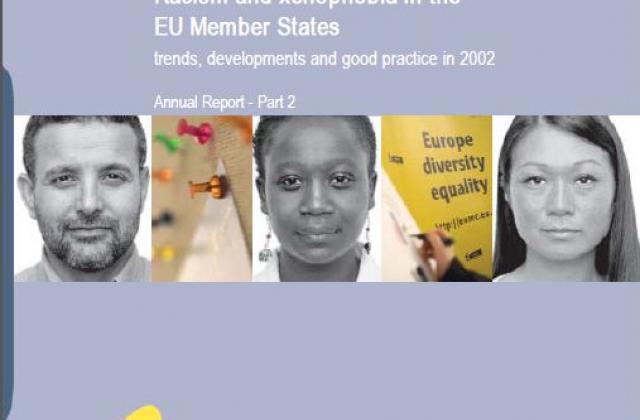 Racism and xenophobia in the EU Member States trends, developments and good practice in 2002

The report was presented to the European Parliament beginning of December 2003, it provides information on the situation regarding racism and xenophobia in the Community and its Member States, and highlights examples of good practice.

Migrants, Minorities and Employment: Exclusion, Discrimination and Anti-discrimination in 15 Member States of the European Union

During 2003 the two EU Council Directives on equality were due to be transposed into the legislation of Member States. This report, published by the EUMC in the same year, provides conclusive evidence for the necessity of these Directives, and indicates the need for corresponding anti-discrimination measures in employment.

This Report is the central part of a project which the Agency jointly conducted with the OSCE High Commissioner on National Minorities and the Council of Europe's Migration and Roma/Gypsy Division.

The Fight against Antisemitism and Islamophobia: Bringing Communities together - A Summary of three Round Table Meetings

Concern about the reported rise in Antisemitism and Islamophobia in Europe following the September 11 terrorist attacks against the US, led the Agency together with the European Commission to organise a series of Round Tables on these themes.