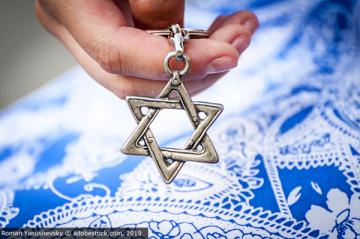 Young Jewish Europeans, although worryingly more exposed to antisemitism than their elders, declare largely having a strong Jewish identity, as the ‘Young Jews in contemporary Europe’ report shows. It uses data stemming from the more than 2,700 young Jewish Europeans polled for the 2018 FRA survey ‘Experiences and perceptions of antisemitism’. The report’s results also show that young Jewish Europeans are mindful of general changes in society regarding the rise of hate speech and intolerance, and feel generally unsafe in Europe.

EU Commissioner for Justice, Consumers and Gender Equality, Věra Jourová says, “Young Jewish Europeans are very attached to their Jewish identity. I am saddened that they fear for their security in Europe, do not dare to wear a kippah and some even consider emigrating. We need to act fast to combat antisemitism in Europe and join our efforts to keep our youth safe. We want young Jewish people to grow up in Europe feeling they fully belong here. Antisemitism is a threat to our European values. This is why we made fighting it a priority and work closely with Member States to ensure they are fully part of our Union.”

“Antisemitism in Europe remains a stubborn stain that refuses to go away,” says FRA Director Michael O’Flaherty. “We owe it to all Jews, and particularly future generations, to erase this blot once and for all through coordinated action at the EU and national level working hand-in-hand with Jewish communities.”

Based on FRA’s survey data, the report shows that:

The results relate to the 2700+ Jews aged 16-34 that took part in FRA’s survey of Jews in 12 Member States where over 96% of the EU’s estimated Jewish population live.

Following the suggestion of the European Union of Jewish Students, the European Commission requested FRA to produce this report. FRA commissioned the Institute for Jewish Policy Research to write it.