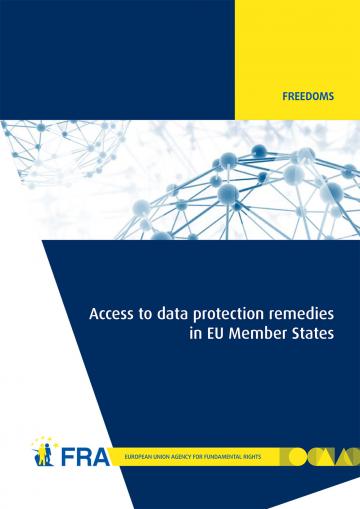 The latest report from the European Union Agency for Fundamental Rights (FRA), ‘Access to data protection remedies in the EU Member States’, reveals victims’ lack of understanding and awareness about data protection and the authorities that serve to help them. The report findings also underline the urgent need for the EU’s reformed data protection rules to come into effect.

“Today it is too easy to simply collect and abuse the personal data of Europe’s citizens. This infringement of rights can have a profound effect on the victims of data protection violations,” says FRA Director Morten Kjaerum. “It is now time to give power to the data protection authorities to help counter these violations so victims can receive adequate redress.”

The report shows that across EU Member States data protection authorities can issue orders to rectify violations and impose sanctions ranging from warnings and fines to the revocation of licenses. However, the size and duration of these sanctions can vary significantly from country to country. In almost all Member States, criminal sanctions can also be imposed, in the form of a fine or imprisonment but again there are large national differences in the duration of sentence and size of the fine.

Web-based activities, direct marketing, or video surveillance with closed-circuit television cameras accounted for most data protection violations. Government bodies, law enforcement, and financial and health institutions are most often responsible for these violations. As a result victims most frequently experience, insecurity, damage to reputations or emotional distress.

The proposed reform of EU data protection rules should help to alleviate such problems. Based on the report findings FRA suggests:

In order to help better explain data protection issues, FRA will publish tomorrow a handbook on European data protection case law. The handbook, developed together with the Council of Europe, is aimed at legal professionals and non-governmental organisations who are not specialists in data protection.