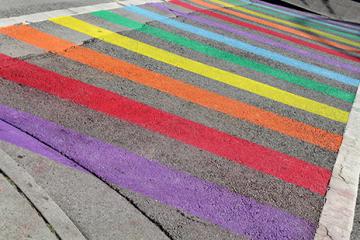 The EU’s largest LGBT hate crime and discrimination online survey ever conducted shows that many lesbian, gay, bisexual and transgender (LGBT) people cannot be themselves in their daily lives. Many hide their identity and live in isolation or even fear. Others experience discrimination, and even violence, when being themselves.

The survey was carried out by the European Union Agency for Fundamental Rights (FRA). The results underline the need to promote and protect fundamental rights for LGBT people so they too can live their lives with dignity.

“Everyone should feel free to be themselves at home, work, at school and in public – but clearly, LGBT people often don’t. Results from FRA’s survey show that fear, isolation and discrimination are common in Europe’s LGBT community,” says FRA Director Morten Kjaerum. “We need EU-wide action to break down the barriers, eliminate the hate and create a society where everyone can fully enjoy their rights, no matter what their sexual orientation or gender identity is.”

Some of the difficulties many LGBT people face include:

The survey also reveals that transgender people are the most affected among LGBT respondents to have personally felt discriminated against, particularly in employment and healthcare. About 30% said they were victims of violence or threats of violence more than three times in the year before the survey.

High levels of under-reporting of instances of discrimination and hate crime were also detected. This is despite 56% of respondents being aware of laws against discrimination on the grounds of sexual orientation or gender identity. Half of all victims of violence and harassment felt that the police would do nothing. This pattern is not unique to the LGBT group researched. FRA found such under-reporting also in other groups, for instance, among members of ethnic minorities (See FRA hate crime reports, 2012).

The survey asked LGBT people whether they had experienced discrimination, violence, verbal abuse or hate speech on the grounds of their sexual orientation or gender identity. They were also asked to identify where such incidents took place, such as at school, work, when seeking healthcare or in public places.

The analysis of the survey findings are contained in two reports. They will feed into discussions in the EU and Member States on legislation and policies to improve the situation for LGBT people.

For further information please contact: media@fra.europa.eu
Tel.: +43 1 580 30 642 and see the related media memo, factsheet and online data visualisation (where results for each EU Member States can be seen).