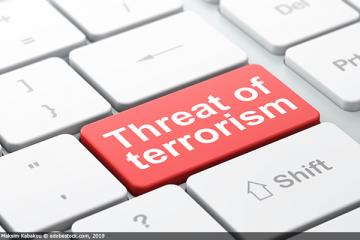 Acts of terrorism represent a serious threat to the lives and safety of people, and a profound security challenge for states. At the same time, laws and policies to counter the threat of terrorism can entail, directly or indirectly, serious limitations to fundamental rights and freedoms, finds a new report from the EU Agency for Fundamental Rights (FRA). Drawn from expert insight, it suggests how counter terrorism work can benefit from greater legal clarity, practical guidance and stronger safeguards.
Download report

“When terrorism strikes, its immediate destructive impact is painfully evident. But the fear and distrust it instils have profound and corrosive long-term effects on society. The need to protect people against such attacks is clear,” says FRA Director Michael O’Flaherty. “Yet while doing so, we must carefully consider the impact of counter-terrorism measures. This report will support EU and national policymakers in ensuring legal compliance of such measures.”

The report examines the EU’s main criminal law instrument in the field of counter-terrorism, Directive (EU) 2017/541. It looks into the directive's impact on fundamental rights and freedoms. It also provides insights into the experiences of practitioners, and other experts with in-depth knowledge in this field, with the practical application of the directive’s provisions.

The directive aims to help countries address the threat of terrorism. But counter-terrorism laws, policies and measures often have a bearing on fundamental rights, affecting individuals, groups and society as a whole.

As one judge told FRA: “If I am always waiting for the bomb to explode, people will say the judiciary isn’t working well and is not protecting other fundamental rights; if I step in very soon, critics will ask: ‘Are you still a democratic country?’ Finding that balance is very hard.”

The report provides evidence-based advice to encourage policymakers across the EU to apply the directive’s provisions in full compliance with fundamental rights:

The report will assist EU and national policymakers to effectively combat terrorism and uphold fundamental rights.

The European Commission asked FRA to assist them in assessing the directive’s impact and support their own evaluation, also out today.