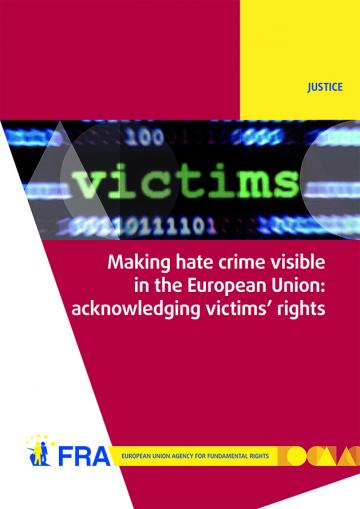 This report examines why victims do not report bias-motivated incidents and the barriers that they face when reporting incidents through national crime reporting systems. By mapping existing practices that have a bearing on the victim’s experiences when reporting bias-motivated violence and harassment, it aims to provide evidence to support national efforts to encourage and facilitate reporting – and ultimately assist Member States in delivering on their duties with regard to combating hate crime.
View the infographic
Browse the compendium on hate crime practices
Read press release
Opinion
Equality, non-discrimination and racism
30
April
2021 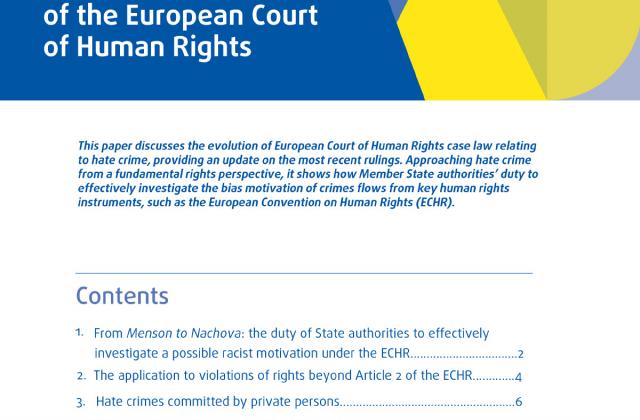 This paper discusses the evolution of European Court of Human Rights case law relating
to hate crime, providing an update on the most recent rulings. Approaching hate crime
from a fundamental rights perspective, it shows how Member State authorities’ duty to
effectively investigate the bias motivation of crimes flows from key human rights
instruments, such as the European Convention on Human Rights.

This paper discusses the evolution of European Court of Human Rights case law relating
to hate crime, providing an update on the most recent rulings. Approaching hate crime
from a fundamental rights perspective, it shows how Member State authorities’ duty to
effectively investigate the bias motivation of crimes flows from key human rights
instruments, such as the European Convention on Human Rights.
Report / Paper / Summary
Hate crime
Equality, non-discrimination and racism
People with disabilities
30
March
2015 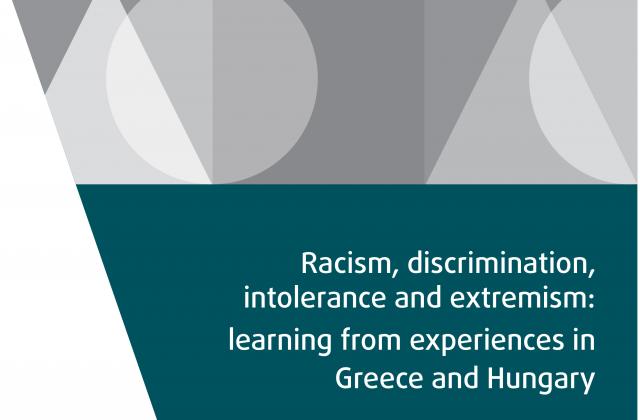 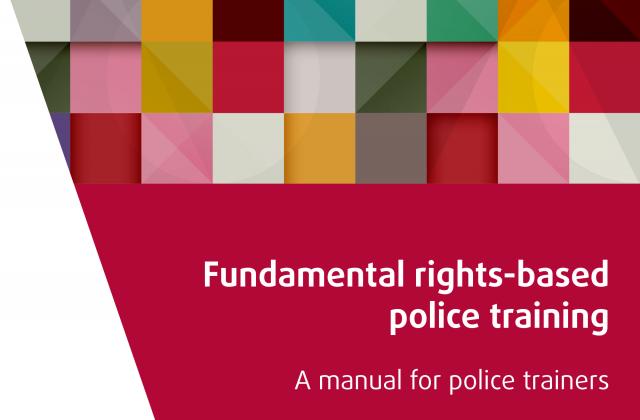 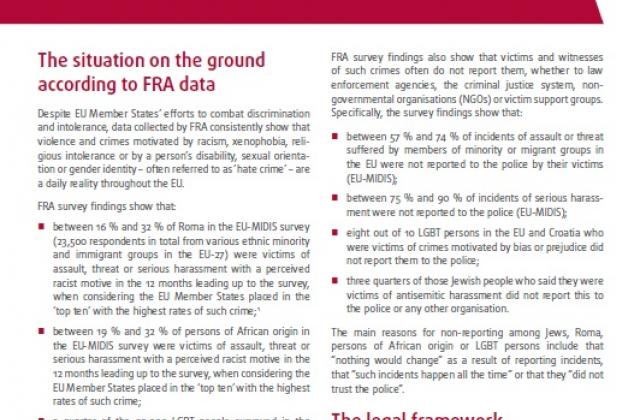 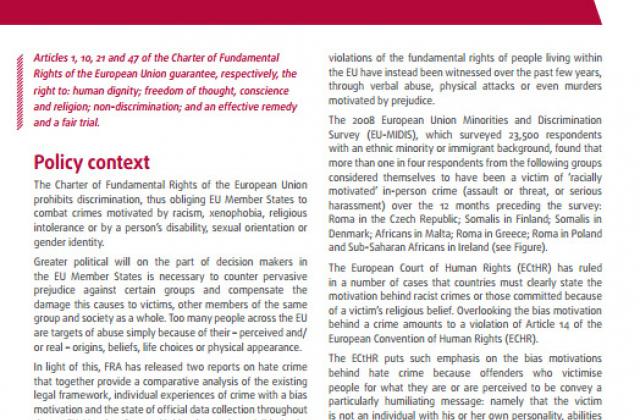 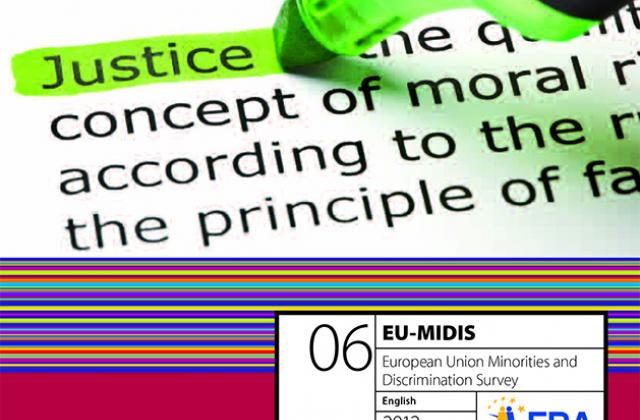