If your vote is not counted, do you not count? 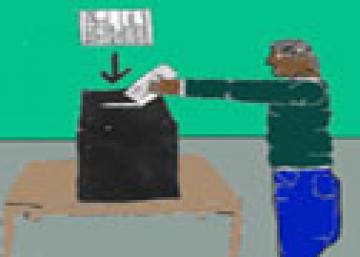 "Even if I cannot speak, it does not mean I have nothing to say"
(Interviewee in a FRA study)

The report's findings show that too often EU Member States automatically deny voting rights to persons who do not have legal capacity. In such cases, persons who are not legally entitled to enter into contracts or marry, for example, because they have a mental health problem or an intellectual disability, are automatically denied the right to vote, with no individual assessment by a court or judge of their capacity. This approach seems to contradict the article of the UN Convention on the Rights of Persons with Disabilities on legal capacity.

"Nothing about us without us"

This report is part of a larger research project by the EU Agency for Fundamental Rights on the fundamental rights of persons with mental health problems and persons with intellectual disabilities. In addition to an analysis of relevant laws in the 27 EU Member States, the ongoing research also assesses the situation on the ground, involving persons with intellectual disabilities and persons with mental health problems as researchers. The findings about the fundamental rights challenges faced by these two groups of individuals will be published in 2012.

The UN Convention on the Rights of Persons with Disabilities

The UN Convention on the Rights of Persons with Disabilities (CRPD) represents a major shift in the way disability is conceptualised; it is society that must adapt to the needs of persons with disabilities, not these individuals who need to be "cured".

The European Union has signed the CRPD and 16 of the 27 EU Member States have already ratified it. As the first human rights treaty to which the EU will accede, this marks an important step towards guaranteeing the rights of persons with disabilities living in the EU.

The findings of the FRA report will be presented at a conference in Lisbon on promoting social inclusion and combating stigma in mental health, by the FRA project manager, Mario Oetheimer, on 9 November.

The EU Agency for Fundamental Rights (FRA) has published the following report today: